The Changeling by Robin Jenkins

John Robin Jenkins OBE (Order of the British Empire) was born on 11 September 1912 in Flemington, near Cambuslang in the West of Scotland.  He died on 24 February 2005.  He and his three siblings were brought up by his mother after his father died when he was only seven years old.  His mother did not have a lot of money but Jenkins secured a bursary to attend the prestigious Hamilton Academy.  He subsequently studied Literature at the University of Glasgow and graduated in 1936.  Jenkins worked in forestry during World War II because he registered as a conscientious objector.

Jenkins worked as an English and History teacher in Scotland and abroad early in his career.  He taught at Riverside Senior Secondary in the East End of Glasgow in the 1950s.  Later he moved to Dunoon on the West Coast of Scotland with his family and taught at the respected Dunoon Grammar School.  He held British Council teaching appointments in Kabul, Afghanistan and Barcelona, Spain, then later spent some time teaching at the Gaya School in Sabah, Borneo.

The author is becoming recognised as one of Scotland’s great writers. The Changeling is one of his landmark novels.  Themes of good and evil, lost innocence, cruelty and redemption often feature in his novels.  Many of his novels are quite ambiguous.  There are over 30 of his books in print.

I found this book quite difficult to read.  It is very bleak.  The Changeling tells the story of Tom Curdie, aged 13, who grew up in the Glasgow slums.  He is on probation for theft.  He is clever but most of his teachers find him difficult.  One of them sees a human warmth in him and decides to take Tom with his family on holiday.   The reasons for doing this are well meant, but complicated.

However, the short novel shows that all the characters reflect their backgrounds, poverty and that perennial British issue, class.  The novel seems to suggest that any attempt to leave the path in life mapped out for them, is doomed to fail.  So it is clear fairly early in the book that Charlie’s charitable intentions will end badly.  This inevitability is unsettling throughout the novel and the author’s economic style of writing results in the unease often coming from what is left unsaid.

The characters in this book are all well drawn and the book has a raw honesty about poverty that is refreshing  but uncomfortable. The author exposes the degradation of poverty.  Charlie is a weak but well-meaning man.  He lacks the imagination, compassion or empathy to realise that his well meant trip for Tom is not really a kindness.  He has not the strength of character to avoid the family’s attitudes to Tom from further demeaning him.  They expect him to be grateful and to conform to their ideas of normal behaviour.  Tom does not meet their expectations. 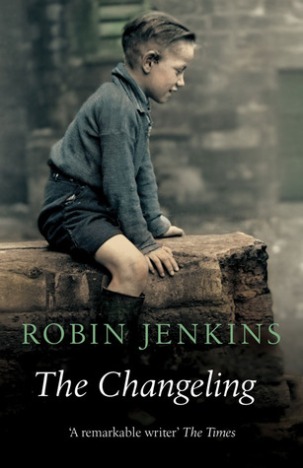 Although Charlie’s daughter, Gillian, does come to some sort of understanding with Tom, it seems she really only makes the situation worse.

In many ways I found this a really irritating book.  I wanted to take the characters and shake some sense into them.  I kept hoping Charlie’s kindly meant act of taking Tom on holiday would be rewarded.  There was no happy ending and no reward. Nevertheless, it is a remarkable book and I do recommend it.