Names My Sisters Call Me by Megan Crane

Megan Crane is an American author who was born in Houston, Texas, USA but was raised in New Jersey.  Her grandfather was Robert F Goheen, who was the 16th president of Princeton University.  For a while he was also US Ambassador for India, while her great, great grandfather, Sir James Caruthers Rhea Ewing was a distinguished Presbyterian missionary in what is now Pakistan. Crane, herself,  graduated from Vassar College, Poughkeepsie, New York, USA.  She also has an M.A. and Ph.D. in Literature from the University of York, York, England.  The author wrote her doctoral dissertation on AIDS literature.  Crane’s husband is Jeff Johnson, the American comic book artist and animator. She now lives in Los Angeles, California where she lives with her husband, a dog, a cat and two crazy kittens 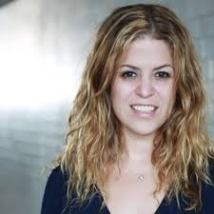 I do not often read chick-lit and I have no idea what drew me to Names My Sisters Call Me.  It is a story about three sisters: Courtney, Norah, and Raine Cassel  who are as different as three sisters can be. Norah is the oldest and is quite obsessive.  She has not forgiven the middle sister, Raine, as she ruined Norah’s wedding day six years ago. Raine is a wild child, a hippie chick who ran off to California with Courtney’s previous boyfriend. The only thing the two older sisters have in common is their ability to drive the youngest sister completely mad.When Courtney’s boyfriend proposes she decides to bring the three sisters together to join in her celebrations. She hunts down her missing sister and finds that the past is not as easy to make peace with as she thought and family ghosts are not easily defeated. Soon Courtney finds herself reexamining every choice she has made in the past six years, including the man she is about to marry. She also knows it is important to re-connect with her sisters, in spite of everything.

Time has healed at least Courtney’s wounds enough that now that she’s grown up and about to get married herself, she wants her family back together.  This is an interesting study in family dynamics.  It shows love in  many different forms and examines the choices we make for ourselves and those we allow others to make for us. 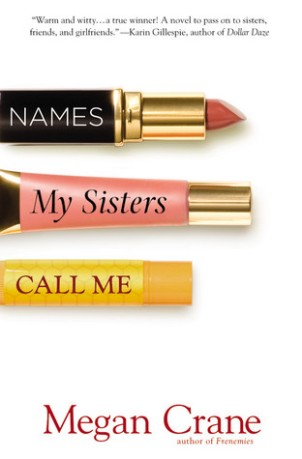 I do occasionally enjoy light reading but this book was much lighter than I had expected. The plot had potential but the characters were just not believable. I only finished the book because I have a habit of starting what I finish.  I felt it was predictable and I had to stretch my imagination in order to enjoy the few humorous scenes in this book.

If chick-lit is your thing then do give this a try.  If you are not into this genre, give it a body-swerve.