Never Go Back by Lee Child 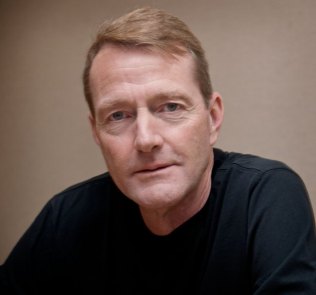 Never Go Back is the most recent novel by Lee Child.  This is the pen name of the British thriller writer Jim Grant. The author read Law at Sheffield University, England  though he had no intention of entering the legal profession.  During his student days he worked backstage in a theatre.  His younger brother, Andrew Grant, also writes thriller novels. Child’s first novel, Killing Floor, won the Anthony Award for Best First Novel.  Grant was born in Coventry, England on 29 October 1954.  His main character is a former military policeman, Jack Reacher.  Like the author, Reacher is described as being 6’4″ tall.  He is also described as being of substantial build.  All of this resulted in no little surprise when Tom Cruise played Reacher in the 2012 film, Jack Reacher.  It is an American thriller film. It is an adaptation of Lee Child’s 2005 novel One Shot.

Reacher wanders the USA righting wrongs with his strong moral compass.  Some books in the Reacher series are written in first person, while others are written in the third person. Grant has characterised the books as revenge stories.  Someone does something wrong and Reacher takes revenge.

However, in this most recent book, Reacher takes a journey east across the USA to meet up with the woman who now

holds his former job. He wants to meet the new commanding officer, Major Susan Turner because he liked her voice on the phone. When he gets there, the officer sitting behind his old desk is not a woman. Reacher does not expect to hear that Turner has just been fired from her command. He is even more surprised to be in big trouble, accused of a sixteen-year-old homicide, he is also told he has a teenage daughter and to top the lot, he is finally re-enlisted into the Army!

I bought this book for my husband as a little extra birthday present. He took it on holiday. Luckily, he took other other books too as like all the others he read this in a couple of days.

Lee Child has great skill in writing a real page turner. My husband really enjoyed the book and as soon as he had finished it: I started to read it. This book does not have as much action in it as many of the Reacher books and I do 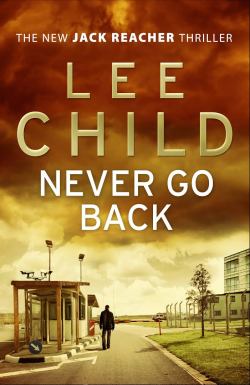 enjoy the action. The author, himself, has characterised his books as revenge stories. Someone does something wrong and Reacher takes revenge. This element was missing in Never Go Back for me.

Lee Child introduced certain plot elements and characterizations in this novel that are different from previous novels these elements could have moved this series into another realm. Had he wished to, Child could have brought the series of Reacher novels to an end with this novel. Or, he could have explained to the reader the core reason why the character is alone, discarding human relationships. However, the author chose to rely on his tried and tested formula. Who can blame him. It works. Other books by Lee Child are reviewed on this site: 61 Hours https://bookreviewstoday.wordpress.com/2015/03/28/61-hours-by-lee-child/ , The Affair https://bookreviewstoday.wordpress.com/2015/03/15/the-affair-by-lee-child/,  ‎ Never Go Back https://bookreviewstoday.wordpress.com/2014/05/05/never-go-back-by-lee-child/.