I am delighted to be part of the Love Book Group Tour and to have David Hewison visit my blog today to talk about his new book The Savage Shore published by Severn House and share an excerpt from it. 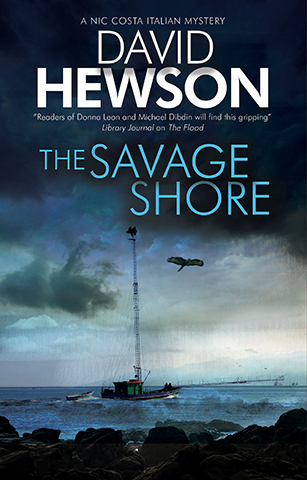 Detective Nic Costa finds himself a stranger in a strange land when he’s sent to infiltrate the mob in a remote part of southern Italy.
Roman police detective Nic Costa has been sent undercover to Italy’s beautiful, remote Calabrian coast to bring in the head of the feared mob, the ‘Ndrangheta, who has offered to turn state witness for reasons of his own.
Hoping to reel in the biggest prize the state police have seen in years, the infamous Butcher of Palermo, Costa and his team are aware the stakes are high. But the constant deception is taking its toll. Out of their depth in a lawless part of Italy where they are the outcasts, not the men in the hills, with their shotguns and rough justice, the detectives find themselves pitched as much against one another as the mob. As the tension rises, it’s clear the operation is not going to plan. Is Nic Costa getting too close to the enemy for comfort – and is there a traitor among them …?

The Alfa had the biggest engine money could buy, Rocco said, and did his best to prove it on the many stomach-churning chicanes, up and down hill, around the coast. Lucia rolled her eyes when she was able.

After three hours on circuitous roads they stopped at a half-deserted palace beyond a sign for a hill town, Gerace. From what he saw it was a place that, had it been in the north, would have been on the tourist map, gentrified and turned into a bustling complex of hotels, apartment rentals and restaurants. The mansions and squares were elegant, mostly baroque, a few older, and spoke of former riches and grandeur. But many were shabby and a good few boarded-up as if abandoned. Christ stopped at Eboli the santina had said. In other words, civilized Italy never came this far south. Never thought about these places.

Greek, Lucia told him as they sat down for dinner on the terrace, this whole area was once Greek. The name Gerace came from hierax which meant sparrow hawk. Then she spoke a little of the local dialect he’d heard her use earlier, a kind of Greek too, impenetrable, closer to the language of the ancients than the version heard in Athens or so she said. He listened and couldn’t make out a single word. The sound was strange, exotic, enticing. Like her and he guessed she knew it.

Rocco grimaced at his sister, pointed at a place by a ribbon of pale beach along the Ionian and made a caustic comment about the futility of history. It was a town called Locri, he said. A well-liked politician was murdered there some years before, an event the man trying to think of himself as Maso Leoni vaguely remembered. Though there were so many violent deaths in the south over the years it was hard to pick any out in particular.

‘We didn’t shoot him,’ Rocco added. ‘Never would. That was a mistake. Some of the families are run by fools. They piss off people for no good reason. They think the world never changes.’ He stared at the one untouched plate on the table. Mountain lamb, caponata, potatoes and greens. ‘You got no appetite?’

He shook his head.

Rocco groaned then took hold of his plate, scooped off the succulent lamb and handed the rest back. ‘Oh God. Who chose you?’

‘He’s Canadian,’ Lucia told him. ‘He’s allowed to be a little strange.’ 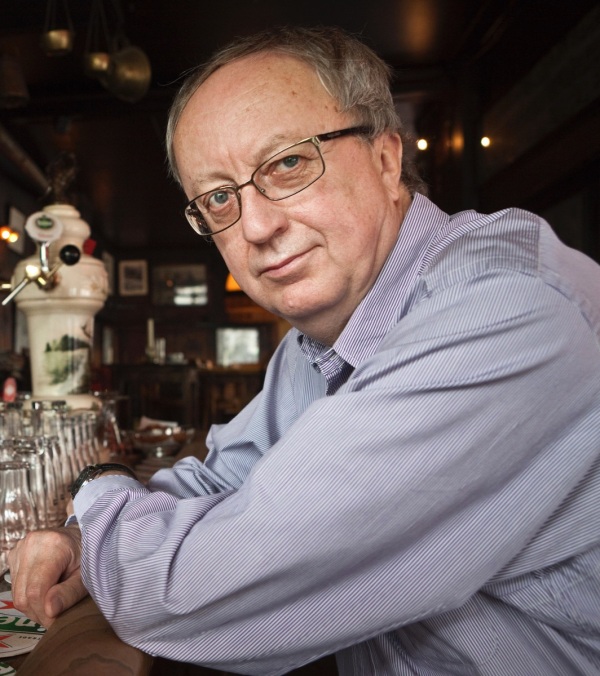 David Hewson’s novels have been translated into a wide range of languages, from Italian to Japanese, and his debut work, Semana Santa, set in Holy Week Spain, was filmed with Mira Sorvino. Dante’s Numbers is his thirteenth published novel.

David was born in Yorkshire in 1953 and left school at the age of seventeen to work as a cub reporter on one of the smallest evening newspapers in the country in Scarborough. Eight years later he was a staff reporter on The Times in London, covering news, business and latterly working as arts correspondent. He worked on the launch of the Independent and was a weekly columnist for the Sunday Times for a decade before giving up journalism entirely in 2005 to focus on writing fiction.

Do follow the rest of the Love Books Group Tour. 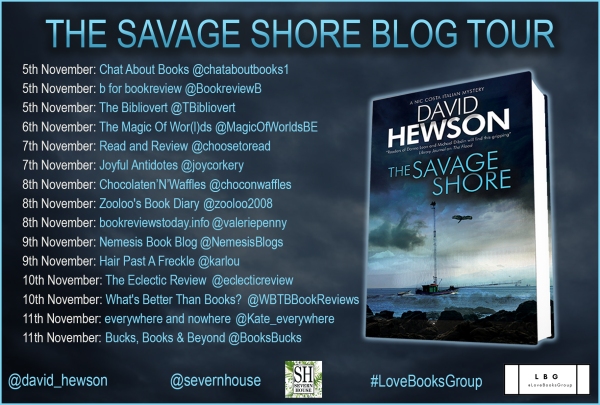