I am a cat lover. I was given my first cat by my great Auntie Lizzie when I was three years old and have been enchanted by these creatures ever since. So it will not surprise you that A Street Cat Named Bob has been on my ‘to be read’ list for a long time. 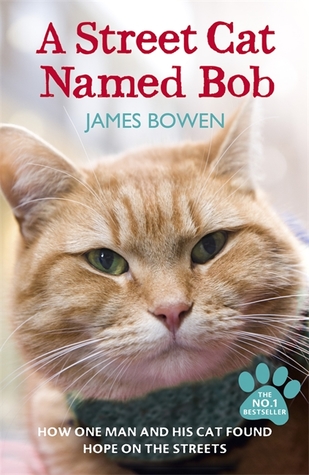 It tells the story of the author, James Bowen, and how his life changed after he was adopted by a stray cat. James one day returns home to find a ginger tom cat curled up in the hallway of his sheltered accommodation. James could not resist helping the cat he named Bob. He nursed him and tried to send him on his way but Bob had other ideas and was having none of it. James Bowen was a recovering drug addict at the time, living in sheltered accommodation in London and making small amounts of money to survive the best way he can including busking and selling the Big Issue. 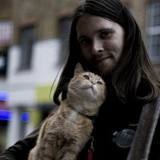 sits at his feet attracting much attention from the public. James can only just survive on the meagre amount of money he already makes so a decision to be a full time pet owner is not one he takes lightly. Both James and Bob have troubled pasts but together they form a firm companionship and bond. Life is not easy though for them both though, they face many obstacles and struggles but they have the love of each other and manage to overcome everything thrown at them.

It is a story of hope and inspriation. I found it really heartwarming and really loved the story. I highly recommend A Street Cat Named Bob.