I am delighted to host my friend and fellow author, Jo Fenton on my blog today. She has recently published her brilliant debut novel, The Brotherhood. Over to you, Jo!

Let me take you back to a morning in October 2011…

There’s the usual scrum in the kitchen, hubby making his breakfast and washing up; me making my breakfast, feeding the dog, and throwing some bread in the toaster for my youngest son. We know by now that the eldest won’t make it downstairs until it’s time to leave – maximum time in bed in the mornings matters far more to him than breakfast.

Over the noise of the kettle and the chatter, breakfast TV is blaring out, and then suddenly the words, ‘National Novel Writing Month’ hit my ears. I shut everyone up and turn the volume on the kitchen TV up another notch. The presenter is explaining what happens in NaNoWriMo, as it’s known: for the month of November, thousands of people around the world devote every moment of their spare time to writing a 50,000 word novel. My other half looks at me. 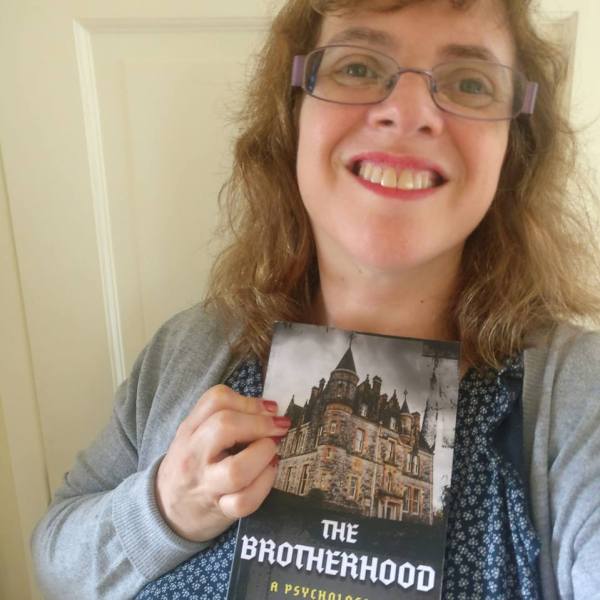 “Why don’t you give it a try?” he says, obviously seeing the longing in my face. I’d been dabbling in a few short stories throughout the year, but nothing had really grabbed me. The idea of a novel had been lurking for a while (with no idea of what to actually write).

I probably mumbled something about lack of time, full time job, teenage kids, travel for work, that sort of thing (I suspect I didn’t mention housework!) He argued with me.

“The kids are older, give it a try. Write that novel.” He then rounded up the boys and left for work and the school run. 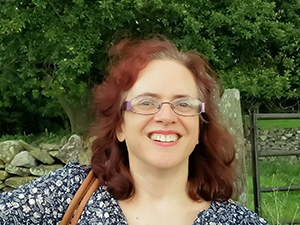 I settled down in my home office and turned on the laptop. Meanwhile, I started to think about this novel: early thoughts were of a strange, fantasy world, but common sense kicked in. I’d never written anything longer than a 2000 word short story. 50,000 words on a whole new world seemed a huge amount, and yet not enough. My ideas narrowed, and I recollected the old Agatha Christie type closed room murders. Somewhere from the rubble of the closed room came the concept of the religious sect, with its potential for brainwashing, violence, and unstable characters. The Brotherhood was born.

That first month, I wrote about 20,000 words. I spent the next year turning that into about 60,000, but realised somewhere along the way, that I didn’t really have a clue what I was doing. Through a friend, I heard about some creative writing workshops that were starting in January 2013. They were to be held fortnightly on a Saturday – perfect. I enrolled, learned a lot, met some delightful people and was gutted on the final day of the course that it was to come to an end. Fortunately someone (I can’t remember who; it might even have been me) suggested the idea of meeting regularly for more workshops and critique sessions. 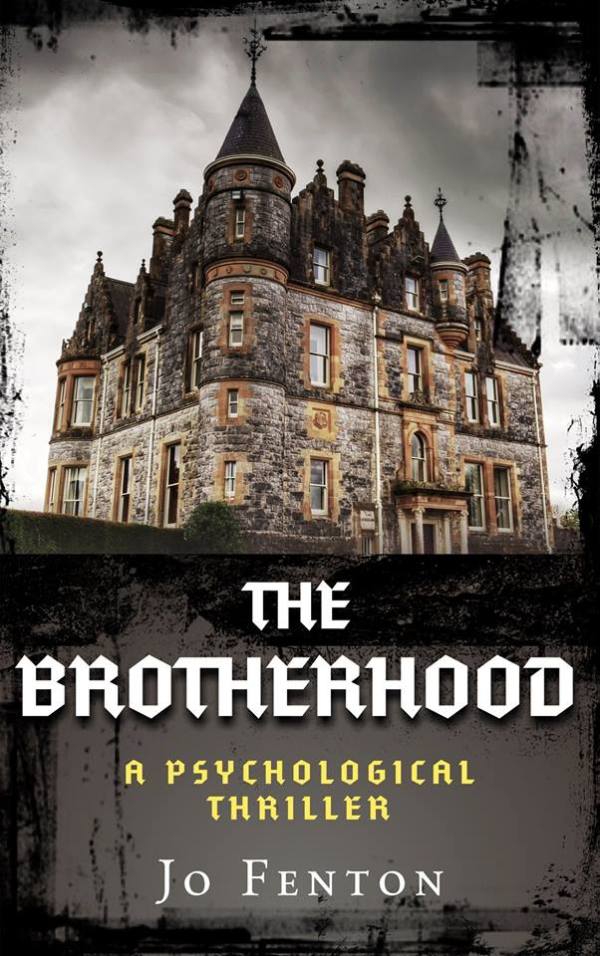 The group evolved, and so did The Brotherhood. With regular input from the Manchester Scribes and also from my online writing group (another wonderful set of writers), the novel got re-written again and again. Eventually, after 6 years and about 10 drafts, it was ready to submit. The standard rejections came through first, and then (after not too long a wait), a request for a full manuscript, followed soon after by an offer of contract from Crooked Cat Books.

The last 6 months have been a whirlwind of editing, choosing book covers, and preparing for launches. Now The Brotherhood is out there. I’ve had great feedback so far, on and offline.

It’s available on Amazon at https://t.co/YXdn8AM506

Jo Fenton grew up in Hertfordshire. She devoured books from an early age, particularly enjoying adventure books, school stories and fantasy. She wanted to be a scientist from aged six after being given a wonderful book titled “Science Can Be Fun”. At eleven, she discovered Agatha Christie and Georgette Heyer, and now has an eclectic and much loved book collection cluttering her home office.

Jo combines an exciting career in Clinical Research with an equally exciting but very different career as a writer of psychological thrillers. When not working, she runs (very slowly), and chats to lots of people. Jo lives in Manchester with her husband, two teenage boys, a Corgi and a tankful of tropical fish. She is an active and enthusiastic member of two writing groups and a reading group.