Today I am thrilled to have my friend from Swanwick Writers’ Summer School, Lynne Hallett who shares her writing journey with me. Thank you for joining me, Lynne.

When I was little I never dreamed of being a writer. I wanted to be an English teacher or a doctor and spent my childhood either instructing my dolls and teddies or tending to their illnesses. I ultimately settled on the teaching career and have spent a happy 23 years sharing my love of literature with adolescents and getting them through their exams. I wrote from time to time, but generally for pleasure or for special occasions.

When my second son was 15 months old, my desire to write really blossomed. I had finished my MA by Research on the use of religious buildings in Jane Austen’s works and as the critical brain switched off, the creative brain switched on. I had spent four years by this time reading rhyming stories by Lynley Dodd and Julia Donaldson to both my sons and decided that I would like to have a go. After putting the children to bed one August evening in 2012, I came downstairs, picked up paper and pen, and wrote furiously between seven o’clock and midnight. The result was A Pup Called Paddy, which hasn’t yet seen the light of day, but was very significant in getting the ball rolling.

I wrote a couple more stories afterwards, entered my first story into a competition, took up a Children’s Writing course on the strength of that and before I had finished, was celebrating coming second in an international competition with Who Cut Up the Moon?

Pleased to have savoured some success with writing for children, I then took on the Comprehensive Writing Course offered by The Writers’ Bureau to see if I could write for adults, too. I had two lovely tutors – Linda Lewis and Esther Newton – both of whom helped me achieve success with women’s writing and newspaper articles. In December 2013 I had my first short story published by The People’s Friend and I was thrilled. Since then I have written for local newspapers and also for Aquila, a magazine for children. For me courses have helped more in giving me confidence than anything else, but that in itself has been very valuable.

In 2014 a relative of mine passed away and left me a sum of money, which was completely unexpected. I mulled over how best to use it and decided that I would start self-publishing my children’s books. By this time I had a lot of stories written and saved on my computer. I thought this would be a wonderful use of the legacy and something Joyce would have approved of, especially as she was a great supporter of my writing.

So, I got in touch with Aspect Design, a local publishing firm, who agreed to oversee the publishing of my books. They gave me the name and phone number of an illustrator who they thought would be a perfect match. I met up with Roz and the rest is history. She illustrated three books for me in 2014, I took the pictures and the stories to Aspect Design, Dan did the layout and the result was There’s a Mouse in the House and Awesome Adventures entering the world in October, with Who Cut Up the Moon? arriving the following month. When I held those first books, it was not dissimilar to having given birth – just not as painful! 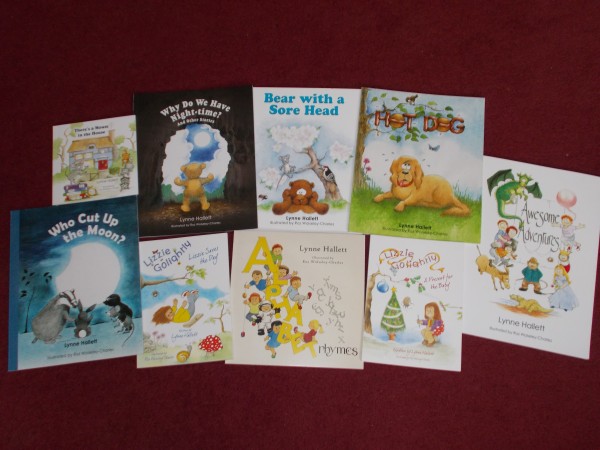 In 2015, Bear with a Sore Head and Hot Dog joined the collection. In 2016, I published two 5000 word chapter books for little girls – Lizzie Saves the Day and A Present for the Baby. In 2017, Why Do We Have Night-time? and Other Stories was produced and Alphabet Rhymes came shortly after in January 2018.

Most of my stories to date are rhyming picture books with the exception of Who Cut Up the Moon? and the Lizzie books. What they all have in common, though, is a subtle message embedded in them and some common tropes. This was never consciously done, but maybe it’s the teacher in me coming out. Two of the books are, of course, deliberately written to help little children learn to count and get to grips with the alphabet, but the others look at problem solving, understanding concepts, seeing the value of belonging to a community and appreciating the talents you have.

Writing and publishing these stories has been quite a life-changing experience for me. First of all, the publishing team and Roz have become great friends. I have been into schools and nurseries to do readings and workshops, and I have seen the children connecting with my stories and becoming very enthused with the activities we have done. Recording my stories onto CD gave me some insight into the more technical side of the writing business. I have been to markets and fêtes, selling my wares, and seen what it’s like to be a trader! I now need to learn more about promoting my work, which I am hoping Val will help me with at Swanwick.

Future plans include turning my attention to writing for older children. I already have a couple of YA novels drafted and another couple on the go. I will continue to write and submit articles and stories to magazines and am hoping to finish a Copywriting Course, which will teach me the skills to write for businesses. The big plan is to write and maybe offer private tuition full-time, rather than have to snatch time when I can to be creative in between teaching and parenting. I can live in hope! Writing makes my soul sing and we all want to do what makes us happiest, don’t we? 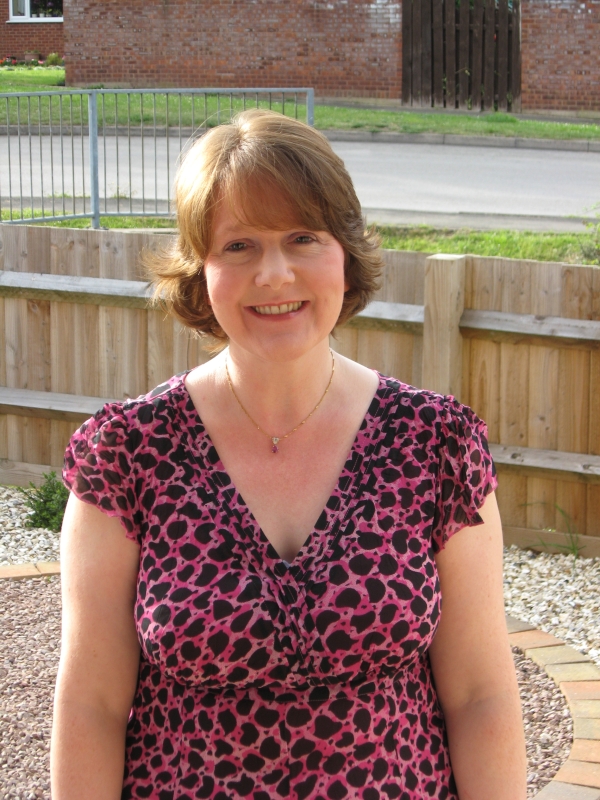 You can e-mail me at lmh@lynnehallett.co.uk

I have yet to get established on Twitter or set up a blog, but these are likely to happen at some point in the future.

Lynne Hallett lives in Malvern with her husband, Tim, and two sons, James and Alexander, aged 15 and 12 respectively. When she is not busy teaching, writing or organising the men in her life, she likes to draw, paint, sing, knit and attend Pilates classes, which generally rectifies the neck and back pain caused by all the activities she most enjoys!