I am delighted that one of my favourite crime writers, Emma Salisbury, has chosen to visit my blog on the publication day of her most recent novel, Absent. Emma draws such believable characters, particularly in DS Kevin Coupland and DC Alex Moreton, that they bring her stories to life readily. Thank you for sharing some insight on character development with us today. Over to you, Emma.

It’s been several years now since I wrote Fragile Cord, a crime fiction novel set in Salford, Greater Manchester. I hadn’t thought about it being ‘Book 1’, as far as I was concerned it would be a stand-alone novel, in fact that’s what I saw myself writing – unrelated novels on a variety of different subjects.

What I’ve learned since writing that first novel is pretty much what I’ve learned about life – you never know what is going to happen so try not to stress and just roll with it. At the point of writing Fragile Cord I knew that DS Kevin Coupland was the main character alongside DC Alex Moreton. What I knew about Coupland at that stage was that he was mad about his wife and daughter – that was important to me, I didn’t want a broken marriage with a heavy drinking cop drinking to forget his past. Alex, a head strong ambitious detective keen to make her mark, was living with her partner and their son. Ordinary people doing an extraordinary job. There was a strong bond between Coupland and Alex, she was his work wife in many ways – no hint of anything sexual between them, they just had each other’s backs. There is a banter between them – and indeed, between Coupland and his wife Lynn, that I think is really what the story is about, and why I think readers started to take notice. I won’t go into any plot spoilers in case anyone hasn’t tried my novels, but at the end of the book it is Coupland’s personal life that leaves the reader wanting more.

Following feedback from readers I embarked on a follow up novel, A Place of Safety, following the aftermath of a drive by shooting. I made a conscious decision there could only be one star of the show and so Alex – although she features in it – is preparing for maternity leave. I thought this was realistic, and it also gave an opportunity for me to introduce other detectives to the team, and big up the roles of the ones already present. This time we learn more about Coupland’s temperament, his absolute passion to restore harmony and bring the bad guys to justice. He is tempered by reality though, together with budget restrictions, the chain of command, and the public’s growing distrust of the police. And yet still he throws himself in at the deep end because he knows in most circumstances just one person can make a difference.

At the end of book two I knew this could be a series. I bought a notebook and pen and drew out a story arc – it was terrifying and exhilarating at the same time – the things Coupland was going to be put through! The third book in the series is One Bad Turn. By this stage I deliberately wrote with character development in mind – letting readers find out more about Coupland’s past, what shaped him into the man – and the detective – he is today. He is on the trail of a serial killer whilst at the same time dealing with the fact his daughter Amy is dating someone he put inside a couple of years before.

The latest in the series, Absent, was published 19 May. Emotionally this is Coupland’s toughest time and fans of his will understand the enormity of this statement. He is angry and hurting whilst trying to discover the identity of a child in a bag. Readers will get to see right into his soul – how will he deal with the situation he’s in?

In truth the plots are a side issue – readers tell me it’s Coupland they care about and want to know more about him. I think some also find him attractive which I hadn’t thought about at the start. I am deliberately vague about his appearance; his dress sense is a work in progress but it’s his personality that resonates with readers. To me, when I began writing about him I imagined someone I’d be happy to have a drink and a laugh with in the pub. No airs and graces, he tells it like it is, even if that means he puts his foot in it at times. He takes the mickey out of everyone in his team but woe betide if anyone else did. He’s loyal, and he worships those closest to him. I think I may be just a little bit in love with him myself. 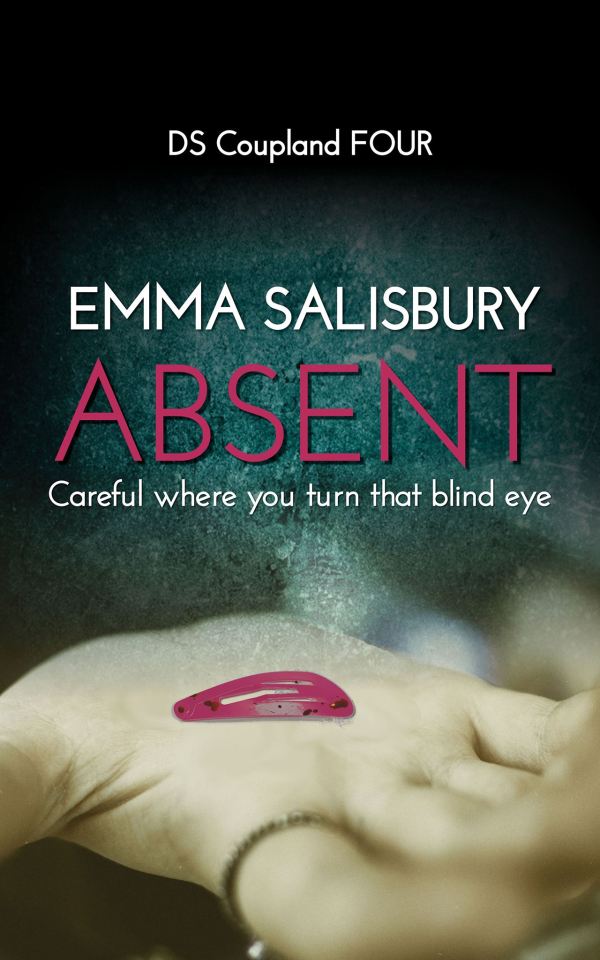 When he stopped a serial killer in his tracks earlier in the year he thought that would be the end of it, but for DS Kevin Coupland his nightmare has just begun.

A child’s body is discovered hidden in a bag, kicking off a major investigation for Salford Precinct’s murder squad. Soon the National Crime Agency roll into town and Coupland is under strict instructions to play nice.

He’s got enough on his plate to worry about politics. A shock discovery in his personal life is starting to take its toll, causing him to make decisions that bring him to the attention of the powers that be for all the wrong reasons.

DS Alex Moreton returns from maternity leave to find her partner deeply troubled, but with a cold case to review she’s in no position to prevent him hitting the self-destruct button.

As he hunts down the child’s killer Coupland is forced to reflect upon his own life and find an answer to the question he’s been avoiding. Is it possible to accept the things you cannot change?

Emma Salisbury writes gritty, crime fiction that focuses on the ‘why’ dunnit as well as the ‘who’. She previously worked for a housing association supporting socially excluded men and women with their return into society. This provided her with a lot of inspiration. If you like hard-boiled crime writers like Stuart MacBride and Ed James, then her Scottish crime series is for you. Fans of Mark Billingham-style police procedurals may prefer her Salford detective series. My advice: read both – you won’t be disappointed.

Absent is the fourth in her Salford crime series and is available to pre-order on Amazon.