I’m delighted that my friend and fellow author, Heidi Catherine from Australia is able to join me on my blog today. Heidi makes me laugh, not being able to decide if she prefers living in Melbourne or the Mornington Peninsula, she shares her time between both places. She is similarly pulled in opposing directions by her two sons and two dogs, and always says she is thankful that she only has one husband.

Once upon a time, a mathematician named Edward Lorenz was studying the weather and noticed that even the tiniest changes in conditions resulted in large changes in outcomes. He used the example of a tornado and how it could be influenced by the flapping of a butterfly’s wings, hence coining the term The Butterfly Effect.

Had he grown tired of meteorology, I truly believe he could have had a successful career in advertising. I mean, what a fabulous brand name for a theory! How many scientific theories get books and movies named after them? I’m trying to imagine a Hollywood blockbuster called Heliocentrism or Plate Tectonics. It doesn’t have quite the same oomph.

Although the butterfly effect is an interesting theory, not just for its name. People have used it to inspire all kinds of positive change in their lives by making small choices that eventually lead to huge differences that they could never have predicted. 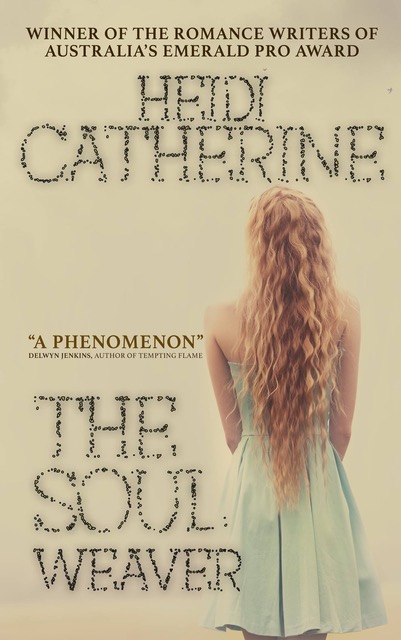 In my novel, The Soulweaver, the main character Lin talks to Matthew about a baby who’s destined to be born to set the world on a better course. Matthew is skeptical about this and questions Lin about how one person can make such a huge change. Here’s an excerpt of their conversation…

‘You think one person can solve all the problems our planet is facing? That’s a tough job.’

‘One person can change the world. We’re all so much more powerful than we realise.’

‘Just how exactly is one person going to do this? What big, amazing thing is he destined to do that will save us all? You did say he, didn’t you?’

‘Like the butterfly effect. One small flap of the wings and bingo, there’s a hurricane.’

‘It sounded a lot more beautiful the first time I had it explained to me, but yes, that’s exactly what I mean.’

I’m interested to know if you think this is possible. Is Lin right? Can one person really change the world?

Heidi Catherine can be found on Facebook, Twitter or on her website. Her debut novel, published by Crooked Cat Books, The Soulweaver, is available for order now. She also has a free prequel novelette called The Moonchild, which introduces you to two of the main characters from The Soulweaver in the lifetime they lived before the book takes place.