A Mind Polluted by Martin Geraghty

I am pleased to have my friend and fellow author, Martin Geraghty with me today. To discuss his novel, A Mind Polluted that will be published by Crooked Cat Books in May, 2018, shortly after my own crime novel, Hunter’s Chase that Crooked Cat Books will publish on 02.02.2018. Hunter’s Chase is available to pre-order on Amazon now. mybook.to/HuntersChase

Despite being an avid reader for many years, the act of writing never crossed my mind. One despicable act in June 2016 changed all that.

The murder of a member of parliament, Jo Cox, stirred something in me. The tragedy of a person who tried to make the world a better place, the dignity her husband showed in the aftermath, everything surrounding it really struck me. I then began to think about the person who committed this awful act. What happened in his life to get to this stage? What happened in his childhood? When this information became available, the seed was sown. I immediately began to write my novel, A Mind Polluted.

I have always been fascinated by human beings and how they react to certain events and situations. Nature V Nurture has always been of real interest to me. The main character of my novel, which will be published by Crooked Cat books around May 2018, overhears a terrible confession from his mother’s lips which results in him heading down an inexorable, self-destructive path to bloody violence.

When I began writing, my mentor was David Pettigrew, a lecturer in Creative Writing at Strathclyde University. What I put that poor man through! He taught me the meaning of point of view and gently pointed me in the right direction. As I neared the end of completing my manuscript, I began to attend a spoken word event in Falkirk, Wooer With Words. Attending this was invaluable in so many ways. The people were so supportive, the quality of writing was outstanding and being able to tap into the knowledge of published authors was invaluable. I also began to attend The Scottish Association of Writers affiliated, Glasgow writing group on a weekly basis, again, this had a major impact on my writing. The diversity of people who attend, the eye for detail that the facilitator, Marc Sherland affords is outstanding. I feel that he has added depth to my writing and he quickly identified my killer opening line, I made the necessary changes and a matter of weeks later I received an email offering me a publishing deal. 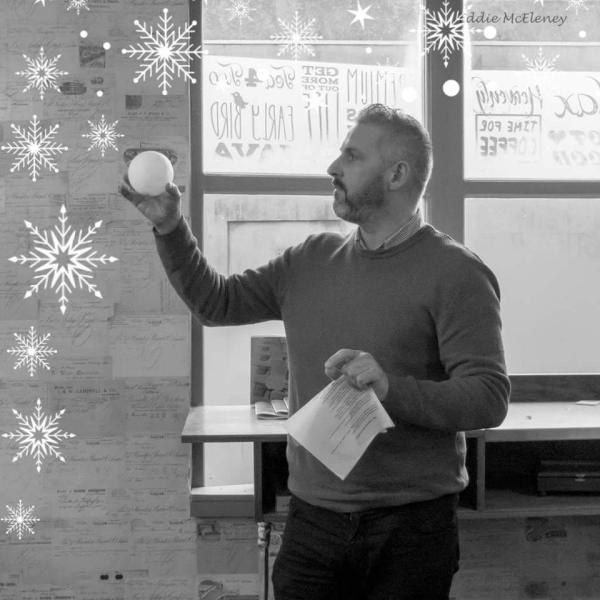 I have now been appointed an editor who is currently working through the manuscript, we will commence the editing process in the coming weeks to ensure A Mind Polluted is in the best shape possible. I will be working with an artist collaborating on the book cover. In the meantime, there is no point in resting on your laurels, when the writing bug grabs you, you are captured, I am currently laying the groundwork for book two.