This article was first posted 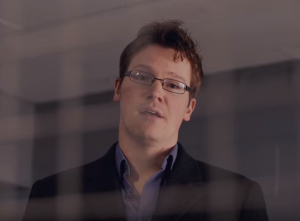 on 23 November 2017 on the website Interesting Literature set up by Dr Oliver Tearle, Professor at Loughborough University in England. It can be found at https://interestingliterature.com/2017/11/23/a-short-analysis-of-william-blakes-the-clod-and-the-pebble/ .

The Clod and the Pebble is a William Blake poem that first appeared in his 1794 volume Songs of Experience, the companion-piece to his 1789 collection Songs of Innocence. The poem stages a conversation between a clod of clay and a pebble to make a point about the nature of love. Before we proceed to an analysis of The Clod and the Pebble, here’s a reminder of the poem.

The Clod and the Pebble

‘Love seeketh not itself to please,
Nor for itself hath any care,
But for another gives its ease,
And builds a Heaven in Hell’s despair.’

So sung a little Clod of Clay
Trodden with the cattle’s feet,
But a Pebble of the brook
Warbled out these metres meet:

‘Love seeketh only self to please,
To bind another to its delight,
Joys in another’s loss of ease,
And builds a Hell in Heaven’s despite.’

In summary, The Clod and the Pebble begins with a clod or lump of clay declaring that love is about selflessness: love is about giving yourself to someone else, and love is a positive force which can take the ‘hell’ of despair and turn it into a joyous heaven. Once the clod of clay has offered this view, however, a pebble in the stream declares the

opposing view: that love is entirely selfish and makes a lover bend the other person to their desires, rather than seeking to serve the other’s wishes. Love revels in the fact that it inconveniences the other person because it is all about the lover getting what they want. In being this way, selfish love turns a heaven into hell.

Does the clod represent passivity and victimhood (‘trodden with the cattle’s feet’ as it is), and does it offer a naïve notion of love? And by contrast, is the pebble too stony-hearted, too cold and hard, when it professes that the true nature of love is taking rather than giving? A clod of clay is, of course, softer than a pebble, and what’s more, it’s malleable, capable of being bent into a different shape (much as it sees love as a willingness to be bent to another’s will), but since it has literally been trodden underfoot, its view of love shouldn’t be taken as authoritative.

By contrast, there is something too smooth, and smooth-talking, about the pebble (a pebble is literally smooth usually, of course), a quality Blake brilliantly captures in his line ‘Warbled out these metres meet’, where ‘metres meet’ is too neat, the alliteration and assonance too easily won, suggesting the pebble’s definition of love is too glib, and perhaps a little specious.

Neither the Clod nor the Pebble, then, offers a favourable view of love, but instead Blake presents two contrasting views of love whereby one serves as the inverse or mirror-image of the other. The Clod and the Pebble are a binary pair: selfless/selfish, giving/taking, heaven/hell. But this does not mean we are meant to analyse the Clod’s selfless, giving, and heavenly view of love as the ideal: there is something too passive, too literally downtrodden about it.