Kenneth Elton “Ken” Kesey was an American novelist, essayist, and countercultural figure. He considered himself a link between the Beat Generation of the 1950s and the hippies of the 1960s. He was born on 17 September 1935 at La Junta, Colorado, USA and died on 10 November 2001 in Eugene, Oregon, USA. His most famous work is the allegorical novel, One Flew Over the Cuckoo’s Nest.

This article first appeared on Bernie Gourley’s website Stories and Movement on 20 September 2017 the same month that One Flew Over the Cuckoo’s Nest was book of the month at my book group. The original article is at https://berniegourley.com/2017/09/20/book-review-one-flew-over-the-cuckoos-nest-by-ken-kesey/ . 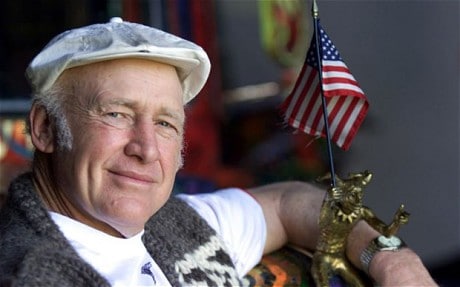 When a sane man, Randle McMurphy, enters an insane asylum to get out of prison, he turns life in the ward upside-down. The book’s fictional narrator is the patient who sleeps next to McMurphy. He’s an American Indian of giant stature, named Chief Bromden, who’s become convinced that he’s shrunk. Besides childhood problems stemming from his father’s emasculation—i.e. having to take his white mother’s name (hence, Bromden) instead of the more usual family name of the father—Chief is haunted by war. Our narrator has the hospital staff convinced that he’s a deaf-mute (and probably mentally deficient, as well) and thus has a unique view of the ward, the staff speaking freely before him.

McMurphy is everything the other patients are not. He’s gregarious, confident, and risk-loving. He’s also a con-man extraordinaire—hence, his ability to trick the authorities into shifting him out of hard labor and into the mental hospital. But he’s not completely lacking in morality, and displays a kind of hard-nosed compassion. While the patients are occasionally distressed by McMurphy’s behavior, they find his willingness to stand up for them (at least when it’s in his best interest, though later a sense of justice or camaraderie guides him) worth the price of his wheeling and dealing.

McMurphy’s real opposition is Nurse Ratched, a former Army nurse who runs a tight ward. Nurse Ratched is used to controlling the patients through a combination of soft power (maternally convincing them that she acts in their best interest), bullying, and fear of the treatments she can get the doctors to rubber stamp (namely electro-shock and—in extreme cases—lobotomy.) However, she’s met her match with McMurphy. He can play patients and doctors as well as she. He, too, is capable of being cool and cunning at the same time. He’s able to provide a counterbalance to the authoritarian democracy in which she asks the patients for votes after telling them what to think. The reader doesn’t know how, but knows this conflict between McMurphy and Ratched must come to a head to be resolved once and for all, and it is (but I’ll leave the how to the reader.) At times McMurphy seems to be ahead, and at other times Ratched has the lead.

The book was influenced by Kesey’s discussions with patients at Menlo Park Veterans’ Hospital, where he worked as a night aide. Interestingly, Kesey volunteered for a study of hallucinogens during the same period (funded by the CIA as part of MKUltra), and, thus, for some of the conversations he was baked on LSD. At any rate, the experience had profound impact on him, and he became convinced that not all the patients were insane. Many, he believed, just didn’t fit well in society or families, and were pushed into institutions. The themes of the book are that differentiating sanity from insanity isn’t always easy and that mental healthcare professionals had too much power–and often wielded it unwisely. 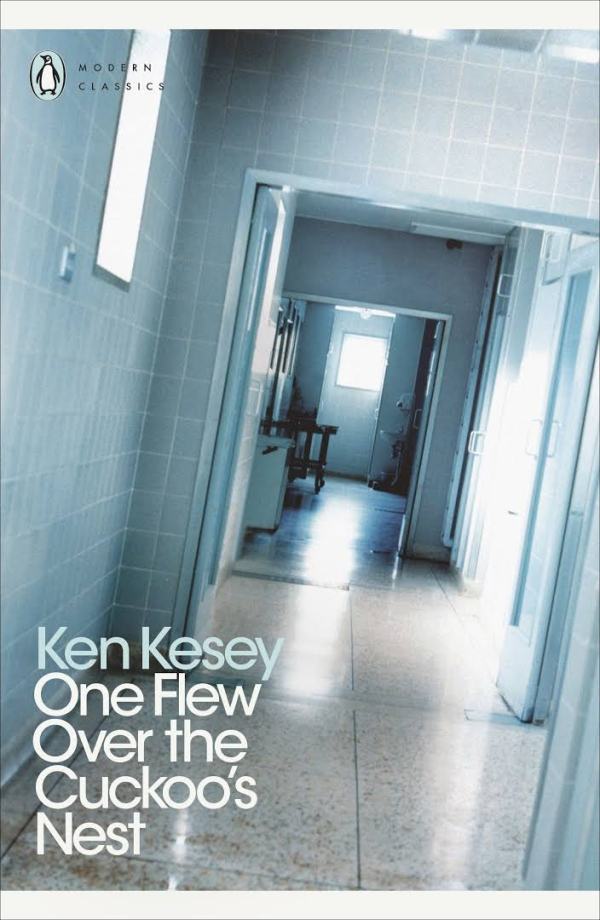 The story is well crafted with an intense ending. The characters are developed, and this isn’t easy for the mentally insane—though Kesey’s experience with LSD may have helped on that end. Though we only really experience the insanity of Chief, because the perspective is his and he’s one of the few patients that legitimately seems to have trouble differentiating reality from illusion (at least through much of the book.) But we don’t really know how much of Chief’s problem is from his medication, and how much is the illness. There’s a beautiful descriptive scene in which Chief comes off his meds and is looking out the window watching a dog and the world go by. It’s vivid.

I’d highly recommend One Flew Over the Cuckoo’s Nest. It’s an evocative story with insights into mental health, some of which—sadly—are as valid today as they were then.