This book review was first published by Yecheilyah in Pearls Before Swine on 7 July 2017 at https://thepbsblog.com/2017/07/07/yecheilyahs-book-reviews-even-rain-is-just-water-a-memoir-of-rejection-revelation-redemption-by-lynette-davis/.

Title: Even Rain is Just Water: A Memoir of Rejection, Revelation & Redemption

*I received this book as a gift from the author*

When I first read the title of this book, I knew that I would read it. With a powerful statement, as Even Rain is Just Water it had to be good. I was not disappointed. Lynette Davis gives us a riveting account of her life as the victim of emotional abuse at the hands of someone who is to be a girl’s first teacher, supporter, and motivator. Her mother.

The testimony switches back and forth between Lyn’s experiences as a child and as an adult, both of which include some form of emotional abuse and neglect. Lyn’s mom treats her sister Vanessa better than she treats her and at just three years old Lynette concludes that she is unwanted and unloved. One of the most heartbreaking moments for me was when Lyn and Ne-Ne were at her mother’s friend’s house eating some good food and Lyn approaches mom to ask for more potato salad. The way in which she asked was filled with such innocence that it made my heart melt. As someone who has worked extensively with children, I can just hear the tiny voice ask, “Can I have some more ‘tater salad, please?” To my astonishment, Lyn was chastised for saying ‘tatersalad instead of potato salad.

There were many of such incidents as this one that made Lyn bow her head in shame. Ella’s sisters also seemed to give her the same treatment, like Aunt Cleo using Lyn and Ne-Ne as if they were her personal servants, promising to take them shopping only to have them washing her dishes. I wanted to jump through the book and tell her about herself. That was bogish all the way around. 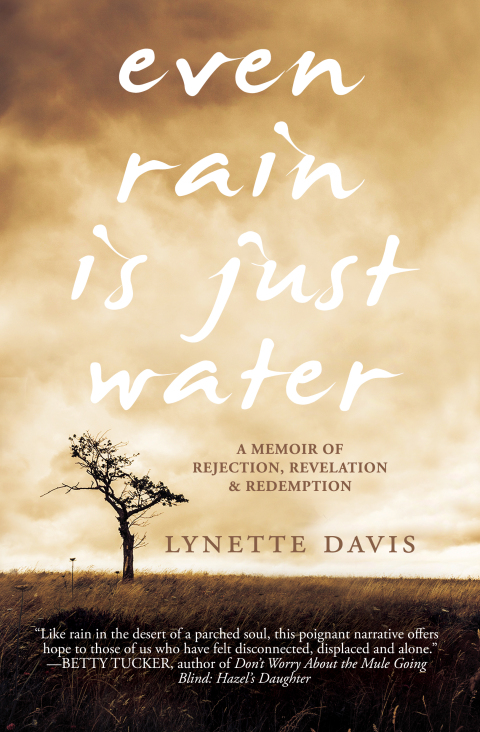 When we got to Lyn’s adult life and her marriage to Ray, things did not look much better. Ray seemed to check out and Ella treated her grandchildren with the same level of disdain as she did their mother. Despite all this, Lynette does not lash out or rebel the way we may think. Lyn is kind, compassionate, and takes the abuse with a strength that not many people in this world understand or that many people could appreciate. It takes strength and courage continue on to be a kind-hearted person in a cruel world.

What I absolutely loved was how Lynette gave us a glimpse of the time by the many historical events that happened and what she was doing when it happened. Everything from the death of MLK, the Rodney King beating and even the shooting and eventual death of Tupac. As Lynette lived her life, all these things were happening around her and we get to witness them in real time. She even did this with the music. The New Millennium craze was funny when her friend said, “They didn’t believe Noah either.” I remember that time and how hyped everyone was that the world was coming to an end. These kinds of historical events infused into the narrative as well as the music of the time, for me, provided the story with light and was refreshing amidst the suffering.