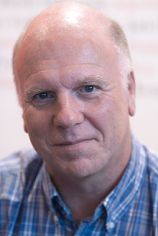 Those of you who read my site will know that I particularly enjoy the crime and thriller genres. I also have a lot of time for Peter Robinson, whom I find to be one of the most generous and entertaining writers. So, to you it will come as no surprise that I thoroughly enjoyed his book Bad Boy. It is the nineteenth in Peter’s Inspector Banks series.

Thriller aficionados have long applauded Peter’s succession of thoroughly authoritative crime novels, in which the very human Banks has been one half of a team with Annie Cabbot.  It is interesting, because for a large part of the novel, his usual main character, DCI Alan Banks, is on holiday in the USA and quite unaware of the problems and crimes affecting his patch in Yorkshire.

In Bad Boy, Banks’s impulsive daughter Tracy has fallen under the spell of her flatmate’s handsome boyfriend, who turns out to be a very dangerous individual with, ultimately, the police on his trail. The dazzled Tracy goes on the run with him, and the grim events that follow turn into a nightmare.

Neither the setting nor even the characters that make Peter’s work so satisfying, but the plotting of a Swiss-watch precision. By the time Banks returns to the UK, jet-lagged and fractious, a series of crimes have beset his colleagues. I will avoid any spoilers, but suffice to say, when Tracy takes her flatmate’s boyfriend to her father’s empty house to hide out, it transpires not to be her best idea.

The reader is treated to a masterclass in the organisation of narrative, all too rare in a field that now trades in the messiness of modern life rather than cohesion. That  is not to

underestimate the centre of gravity in Robinson’s books that is his doughty copper, DCI Alan Banks, whom the reader meets on the pages of Peter Robinson’s books is the thing and Bad Boy is a very good read. DCI Alan Banks has made it to the small screen in the form of Stephen Tompkinson, however, those who love books know where the master of crime may be found.