Elizabeth is Missing by Emma Healey

I had heard that the novel, Elizabeth is Missing by Emma Healey is a good book for book groups and, as I recently took over leading our local book group, so I decided to find out.

The author, Emma Healey grew up in London where she completed her first degree in 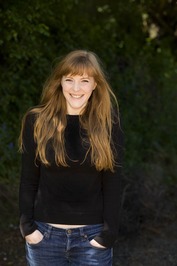 bookbinding and was the third generation of women in her family to go to art college. She then worked for two libraries, two bookshops, two art galleries and two universities, and was busily pursuing a career in the art world before writing overtook everything. In 2008, after the death of one grandmother and the decline of the other, she began to explore the idea of dementia in fiction, and she moved to Norwich in 2010 to study for the MA in Creative Writing at UEA. Elizabeth is Missing is her debut novel.

The central character of the novel Maud, is suffering from dementia which gets more pronounced as the story unfolds. When she was young, Maud lost her sister Sukey, who was married to a suspicious character, Frank. Sukey was also adored by the family lodger, Douglas. Sukey’s disappearance and suspected murder has dogged Maud’s whole life.

In her later years and through her dementia, she confuses the disappearance of her friend Elizabeth, with the disappearance of Sukey. The tension builds very nicely until the reader finds that Elizabeth is in hospital very ill, rather than having been done away with for her money by her unpleasant son. However before Elizabeth went away, Maud’s obsession with digging and collecting odd bits of snails and leaves (all of which have bearing on the final unravelling of Sukey’s disappearance) leads to the discovery of a compact in the garden of Elizabeth’s house which belonged to Sukey.

All through the novel, the clues are there, waiting to be put together: the barrier is Maud’s dementia. So, although she is right, this leads to her being patronised, chastised, undermined and ignored. When her daughter Helen finally gets it in an all or nothing gamble, Helen finally finds Sukey’s murdered body in Elizabeth’s garden the mystery is unravelled. Frank killed her. The murder was observed by another woman, also mentally disturbed, therefore her witness was ignored.

Living inside Maud’s dementia, throughout the novel is quite claustrophobic. There is a 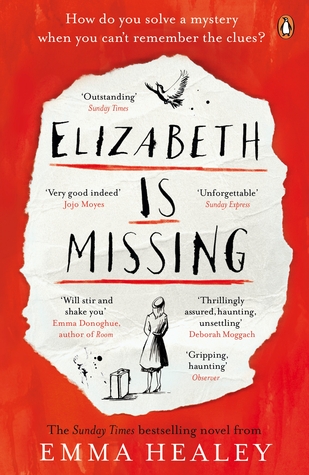 sense of suffocation, as when you are trying to explain something or talk to someone who is simply not listening and keeps talking over you.

Elizabeth is Missing is a very believable depiction of dementia and the distance it creates between the sufferer and her family, friends. The ultimate satisfaction at the conclusion is robbed because although Maud has found her beloved sister but she is unable to take comfort and a sense of justice being done from it because of her dementia.

The novel, Elizabeth is Missing, was an excellent insight into the manifestation of dementia and a good depiction of the baffled confusion that besets the sufferer. One of the saddest moments was Helen crying at the bus shelter and Maud unable to recognise her. She tries to comfort her as a stranger. It is a poignant. I highly recommend this book.