Kinder Than Solitude by Yiyun Li

My sister gave me this book for Christmas. Although it was described on the cover as a “thriller”, a genre I enjoy, it is not a book that I would have picked up for myself. The author, Yiyun Li is a Chinese American writer who was born in Beijing, China on 4 November 1972. She was educated at the University of Beijing and the University of Iowa. 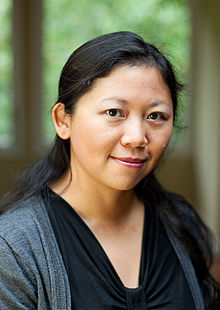 She is a writer of some note and her debut short story collection A Thousand Years of Good Prayers won the 2005 Frank O’Connor International Short Story Award. Her debut novel, The Vagrants was shortlisted for the 2011 International IMPAC Dublin Literary Award. Indeed, her books have been translated into more than twenty languages. She was selected by Granta as one of the 21 Best Young American Novelists under 35, and was named by The New Yorker as one of the top 20 writers under 40. She now lives in Oakland, California with her husband and their two sons.

So, when I settled down to read Kinder Than Solitude, I was not sure what to expect. The story is set in Beijing and parts of the USA. It is definitely a long, slow burn. Possibly too long.

The story starts with one of the main characters, Boyang, making the funeral arrangements for his friend, Shaoai, who has died after 21 years of poor health. Boyang was one of three friends, Moran, Ruyu, and himself. When they were young, they were involved in a mysterious ‘accident’ in which Shaoai  was poisoned.

Now the three friends are adults, separated by time and distance but united in guilt and suspicion by that incident. Boyang stayed in China, while Moran and Ruyu emigrated to the United States. All three remain haunted by what happened.

Kinder Than Solitude tells a simple story, and it lends itself naturally to the double time frame structure of countless mysteries in which present lives are rocked by the reverberations of a crime buried deep in the shared past of the main characters. Kinder Than Solitude aims high as a literary thriller. I do not think it fulfils either aspect of that hybrid genre. The reason for that is that much of the book is terminably dull. The present lives of the three survivors, Moran, Ruyu and Boyang, which occupy a large chunk of the book, are required by the plot to be punitively bleak and sterile – the spiritual equivalent of Shaoai’s physical poisoning. Moran and Ruyu have moved to the US while Boyang stayed in Beijing, caring for Shaoai.

The depictions of Moran and Royu’s lives in the New World offer little reward for the effort of following them through their green-card marriages and sad divorces. They have boring jobs and growing isolation. Althoughtheir lives are true to a certain Middle-American blandness of tone and texture, in itself that is not enough to make them or the novel interesting.

Throughout the book, Yiyun Li  has a habit of adopting a moralising authorial commentary that clogs the flow of the story, and casts an aura of ponderous solemnity over the action.About halfway through, at last, things picked up a bit. The three survivors have begun to emerge to make different claims on the reader’s sympathy: sweet-natured Moran with her possibly culpable innocence; Ruyu, a study in deliberate cold heartedness and Boyang, doomed to an ineffectual decency. Meanwhile, the crime itself has begun to accumulate resonances that turn it into something more than just the hook for a gruesome thriller.

The reader learns that Shaoai was a political rebel. She was a supporter of the Tiananmen Square protest movement. Before her poisoning she had already sacrificed her own future for the sake of that brutally suppressed revolt and she was bitter at the cowardly silence of her fellow students after the massacre. Shaoai taunts and goads them mercilessly. Thusm her murder compels a political reading. In her, the hopes of a more open China are extinguished. Shaoai is shown as a difficult, unlikable teenager, with a gift for spreading misery.

Yiyun Li is certainly a capable writer, and I am glad I read this book because I had never read any of her work before. Having said that, I found Kinder Than Solitude very dull and the clever ending was not enough to save it for me.