War and Peace by Leo Tolstoy

When I was a teenager, I decided that I would make it my life’s work to read every book in the library. It was only many years later that I realised that libraries re-cycle books, take out unpopular titles and buy new books. I thought that was so unfair! During that period, one of the books I read was War and Peace by the Russian author, Leo Tolstoy. I re-read the book recently, prompted by an excellent TV adaptation. I had forgotten what a complex but beautifully woven story it is. War and Peace rightly takes its place amongst the central works of world literature. 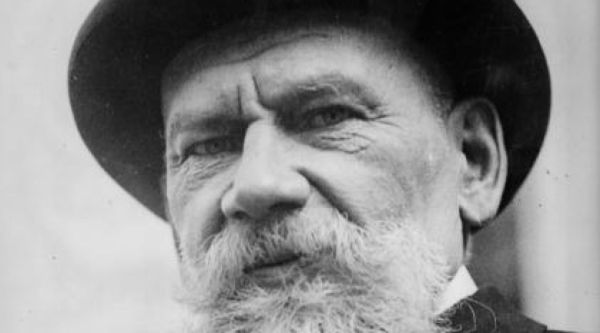 War and Peace opens in the Russian city of St. Petersburg in 1805, as Napoleon’s conquest of western Europe is just beginning to stir fears in Russia. Many of the novel’s characters are introduced at a society hostess’s party, among them Pierre Bezukhov, the socially awkward but likeable illegitimate son of a rich count, and Andrew Bolkonski, the intelligent and ambitious son of a retired military commander. We also meet the sneaky and shallow Kuragin family, including the wily father Vasili, the fortune-hunter son Anatole, and the ravishing daughter Helene. We are introduced to the Rostovs, a noble Moscow family, including the lively daughter Natasha, the quiet cousin Sonya, and the impetuous son Nicholas, who has just joined the army led by the old General Kutuzov.

The Russian troops are mobilized in alliance with the Austrian empire, which is currently resisting Napoleon’s onslaught. Both Andrew and Nicholas go to the front. Andrew is wounded at the Battle of Austerlitz, and though he survives, he is long presumed dead. Pierre is made sole heir of his father’s fortune and marries Helene Kuragina in a daze. Helene cheats on Pierre, and he challenges her seducer to a duel in which Pierre nearly kills the man.

Andrew’s wife, Lise, gives birth to a son just as Andrew arrives home to his estate, much to the shock of his family. Lise dies in childbirth, leaving Andrew’s devout sister Mary to raise the son. Meanwhile, Pierre, disillusioned by married life, leaves his wife and becomes involved with the spiritual practice of Freemasonry. He attempts to apply the practice’s teachings to his estate management, and share these teachings with his skeptical friend Andrew, who is doing work to help reform the Russian government.

Meanwhile, the Rostov family’s fortunes are failing, thanks in part to Nicholas’s gambling debts. The Rostovs consider selling their beloved family estate, Otradnoe. Nicholas is encouraged to marry a rich heiress, despite his earlier promise to marry Sonya. Nicholas’s army career continues, and he witnesses the great peace between Napoleon and Tsar Alexander. Natasha grows up, attends her first ball, and falls in love with various men before becoming seriously attached to Andrew. Andrew’s father objects to the marriage, and requires Andrew to wait a year before wedding Natasha. Natasha reluctantly submits to this demand, and Andrew goes off to travel.

After Andrew departs, his father becomes irritable and cruel toward Mary, who accepts the cruelty with Christian forgiveness. Natasha is attracted to Anatole Kuragin, who confesses his love. She eventually decides that she loves Anatole and plans to elope with him, but the plan fails. Andrew comes home and rejects Natasha for her involvement with Anatole. Pierre consoles Natasha and feels an attraction toward her. Natasha falls ill. 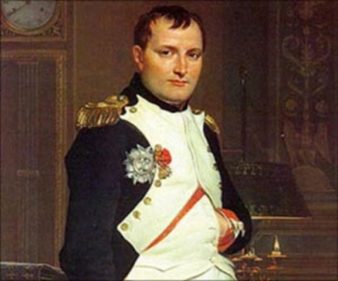 In 1812, Napoleon invades Russia, and Tsar Alexander reluctantly declares war. Andrew returns to military service. Pierre observes Moscow’s response to Napoleon’s threat and develops a crazy view that he must assassinate Napoleon. The French approach the Bolkonski estate. Mary and the old Prince Bolkonski (Andrew’s father) are advised to leave. The prince dies as the French arrive. Mary, forced to leave her estate, finds the peasants hostile. Nicholas rides up and save Mary. They feel the stirrings of romance.

The Russians and French fight a decisive battle at Borodino, where the smaller Russian army inexplicably defeats the French forces, much to Napoleon’s dismay. In St. Petersburg, life in the higher social circles continues almost unaffected by the occupation of Moscow. Helene seeks an annulment of her marriage with Pierre in order to marry a foreign prince. Distressed by this news, Pierre becomes deranged and flees his companions, wandering alone through Moscow.

Meanwhile, the Rostovs pack up their belongings, preparing to evacuate, but they abandon their possessions to convey wounded soldiers instead. Natasha’s younger brother Petya enters the army. On the way out of the city, the Rostovs take along the wounded Andrew with them. Pierre, still wandering half-crazed in Moscow, sees widespread anarchy, looting, fire, and murder. Still obsessed with his mission of killing Napoleon, he saves a girl from a fire but is apprehended by the French authorities. Pierre witnesses the execution of several of his prison mates, and bonds with a wise peasant named Platon Karataev.

Nicholas’s aunt tries to arrange a marriage between Nicholas and Mary, but Nicholas resists, remembering his commitment to Sonya. Mary visits the Rostovs to see the wounded Andrew, and Natasha and Mary grow closer. Andrew forgives Natasha, declaring his love for her before he dies. General Kutuzov leads the Russian troops back toward 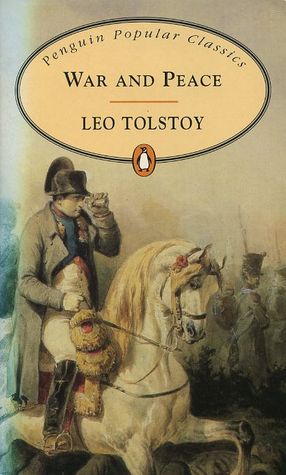 Moscow, which the French have finally abandoned after their defeat at Borodino. The French force the Russian prisoners of war, including Pierre, to march with them. On the way, Platon falls ill and is shot as a straggler. The Russians follow the retreating French, and small partisan fighting ensues. Petya is shot and killed.

Pierre, after being liberated from the French, falls ill for three months. Upon recovering, he realizes his love for Natasha, which she reciprocates. Pierre and Natasha are married in 1813 and eventually have four children. Natasha grows into a solid, frumpy Russian matron. Nicholas weds Mary, resolving his family’s financial problems. He also rebuilds Mary’s family’s estate, which had been damaged in the war. Despite some tensions, Nicholas and Mary enjoy a happy family life.

War and Peace is a beautifully constructed and complex novel. If you can manage to keep all the different characters and families categorised in your mind, it is a book that is well worth the effort of reading.