Man on the Run by Tom Doyle

Sir James Paul McCartney, MBE is an English singer-songwriter, multi-instrumentalist, and composer. With John Lennon, George Harrison, and Ringo Starr, he gained worldwide fame as the bassist of the Beatles. He was born in Liverpool on 18 June 1942. Paul was always my favourite Beatle. Like many young women at the time, I was sure he had made a mistake in choosing to marry Linda Eastman rather than me in 1969. I suppose 29 years together proved me wrong. So, when my sister gave me Man on the Run by Tom Doyle, I was interested to read about the period of Paul’s life after the Beatles when he worked alone and also established the band Wings in the 1970s.

In Man on the Run, Doyle reveals Paul McCartney as a human being with the elements of self doubt that we all harbour. It is very enlightening when considering how much McCartney had achieved before he was even 30 years old. He was a man on the run. Trying to escape the shadow of the Beatles, he was based in his Scottish farmhouse on Kintyre before travelling the world with makeshift bands and barefoot children.

Man on the Run is a painless little book which tells the whole peculiar story of Paul McCartney from 1969, when he was in a really bad space to the early 1980s when, perhaps, he began to realise that he could not outrun a fact of life: he had been part of the most iconic pop band of all time.

The book begins with the messy Beatles breakup, including the public feud with Lennon

and Paul’s decision to legally file to dissolve the Beatles. The legal ramifications led to financial problems, much soul searching over his decision and, if not a total breakdown, certainly depression and a loss of confidence in his abilities. It also led to the birth of Wings.

Wings was not a stable line-up having changed several times during its exisitence. Doyle makes clear that there were few musicians who could cope with being in the shadow of such a famous musician as Paul McCartney.

Doyle also emphasises the importance McCartney attributed to his late wife Linda for the love and support she gave him during his periods of self-doubt. Her father and brother, who were leading New York Attorneys also wisely counselled McCartney in his investments and saved his bacon on occassions when he ended up on the wrong side of the law. Family is shown to be very important to Paul McCartney. 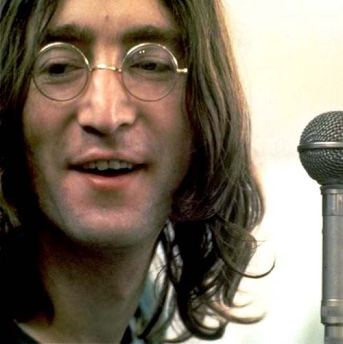 Paul’s relationship with John Lennon is fascinating and Doyle covers it in detail.  Afer all, the 1970s began with John’s star in the ascendent. He produced huge albums, such as “Plastic Ono Band” and “Imagine” and made vicious verbal attacks on his McCartney. Interestingly, though, John really blew hot and cold throughout this decade. He used intermediaries to send letters to Paul. He both praised and damned him in interviews and thus Paul cut contact for a while after some admittedly ‘frightening’ phone calls. Doyle makes clear that the press used one against the other too.

bandmate’s solo music, by 1974 he had “Band on the Run”, “Live and Let Die” and a major US tour behind him.  To his credit, despite the arguments, Paul had spoken to Yoko Ono during a time when she and John Lennon had separated. Paul helped reunite John and Yoko; a fact which Yoko has also spoken about in interviews.

Man on the Run looks at a little documented era of Paul’s life. A time when he reinvented himself; forging a new musical career from the shadow of the Beatles. I found it really interesting and, if you are a Beatles, Wings or Paul McCartney fan, it is well worth reading.