The Pale Horseman by Bernard Cornwell

Bernard Cornwell’s book, The Pale Horseman, is one of those books I always felt I should have read. My husband has had it sitting in his book shelves for as long as I can remember 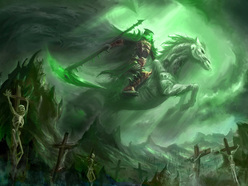 so, at last, I have taken the chance to read it. The title comes from The Bible: The Book of Revelations 6:8 – I looked, and there before me was a pale horse! Its rider was named Death, and Hades was following close behind him.

However, The Pale Horseman is the second historical novel in the Saxon Stories by Bernard Cornwell, published in 2005. It is set in 9th Century Wessex and Cornwall. It is the exciting story of the making of England in the 9th and 10th centuries, the years in which King Alfred the Great, his son and grandson defeated the Danish Vikings who had invaded and occupied three of England’s four kingdoms.

I had not read the first book in the series, The Last Kingdom, but that did not spoil my enjoyment of this book because the story is so well told. It feels like the story of a man’s life. 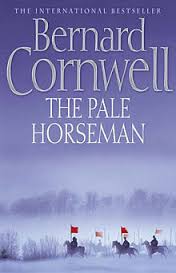 Uhtred has matured and is resolute in his ambitions. He is a proven warrior and, importantly, he now has a growing reputation. However, his glory has been stolen by the coward Odda the Younger, who claimed the victory at Cynuit as his own, and the slaying of the mighty warlord Ubba as his work. So, when Uhtred returns to his king, he is met with distain and mistrust. The coward has turned Alfred against him and Uhtred’s anger threatens the fragile piece that has been made. Then, Uhtred builds up a small force of men. He steals one of the king’s ships, and goes on a little nostalgic raiding trip. He gets to indulge in his Danish hertitage without changing his loyalties and threatening Alfred’s promises of peace to the Danes.

On his travels he meets Svein, a fellow warrior and a leader of men. The two are fast friends and together, make a brief companionship, but it does not last. Uhtred has debts to the church and must return to his wife and young child. However, rumours of his deeds have leaked to his king and Uhtred must face his distaste for a second time.

Uhtred is as much Danish as he is Saxon. He is a divided man. Still, he realises that only through Alfred can he regain his former Earldom but he is Danish at heart.They raised him. Nevertheless, Uhtred is now sworn to Wessex and its King. So, when Svein with a small fleet of ships to hunt down Alfred, Uhtred’s loyalties are tested yet again.Alfred’s kingdom hangs by the edge of Uhtred’s sword and its fate will be determined in another 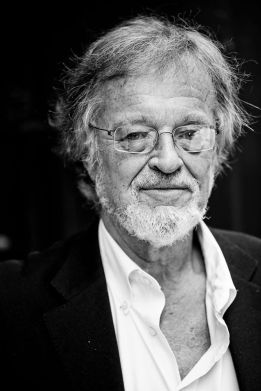 Bernard Cornwell does another amazing job at evoking inner character conflict and divided loyalties. His characterisation of Uhtred is marvellous. We know where he will eventually end up but, somehow, the prospect of reading how he gets there is more exciting than the situation in the first place.

I really enjoyed The Pale Horseman and if you like historical adventure, rather than Game of Thrones, Bernard Cornwell’s Saxon Stories are for you.