Corridors of the Night by Anne Perry begins one night, in a corridor of the Royal Naval Hospital in Greenwich, nurse Hester Monk is approached by a terrified girl. She’s from a hidden ward of children, all subject to frequent blood-letting, and her brother is dying.

While William Monk’s River Police fight to keep London safe from gun-runners, Hester takes on a new role at the hospital, helping to administer a secretive new treatment. But she slowly realises that this experimental cure is putting the lives of the children at risk. Attempting to protect the young victims, she comes under threat from one rich, powerful, and very ill man who is desperate to survive…
My goodreads rating: 3 of 5 stars

I had a difficult time with this one. Whilst there were parts of this book that I found fascinating, there were other parts that I couldn’t stay focused on and I felt went unresolved.

I have read a few other books in this series, and I found this one to be a bit darker and more moody than the others. I liked the characters just as well, but the story lines at first seemed to be separate and I was interested in the husband’s half of the tale, but it was that part that seemed to be left unfinished. So…I’m not sure what to think.

Corridors of the Night by Anne Perry is a very atmospheric book. The descriptions are good and the actions of the characters are both understandable and believable, but I still found my mind wandering off occasionally. 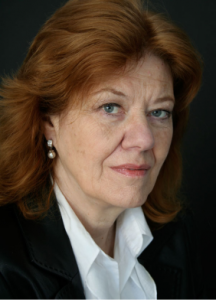 If you are into medical mysteries–and like the idea of early science, this book will please you.

I didn’t love it, I didn’t hate it. I’m glad I read it–and that’s about all the opinions I’ve got for this one.

This review is based on a complimentary copy from the publisher and provided through Netgalley. All opinions are those of the author Ionia Martin. The review first appeared in http://readfulthingsblog.com/2015/09/19/corridors-of-the-night-by-anne-perry/ and was first published on 19 September, 2015.