This article was first published by L.K. Kelley, author of White Wolf Prophecy Trilogy on 7 June 2015 at https://whitewolfprophecy.wordpress.com/2015/06/07/my-constant-companions-patience-hard-work/

“Patience is its own reward,” and “Work hard, and you will realize your dreams”. These are two quotes that we hear 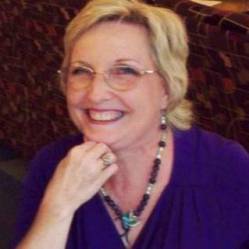 over and over throughout our lives. This leads me to say that patience and hard work are my constant companions.

And, it’s true. However, if you’re going to be an author, you’d better be totally prepared to be realistic, patient, and work hard without pause. Why? Because you are competing with hundreds of thousands of authors all over the world. That’s even double, triple, or even quadruple the authors, because many have far more than one book out there.

Working hard is just a first step, and it does not guarantee a darned thing. If you’ll notice, most books and authors that are recognized are on the “Best Seller Lists” – and they stay there. It’s not often a new author is on it. A handful of new authors make it big, but the majority don’t.

Is it a mistake for those who make Best Seller Lists to ignore new authors? Absolutely. So many of my followers are authors – all, like me, trying to just get their work out to the public. And, they are really great writers, too!

Before I ever began to write, I was (and still am) an avid reader for years. Books were my getaway from reality. Going to a bookstore was so overwhelming, because I like so many genres, just trying to choose was a headache! But, today? Well, it’s e-books. Just go to one of the big book sellers online, and see how many books there are for you to choose. It’s almost impossible to choose! My problem was, and still is, how to choose a book in the first place!

Well, since I became an author, there are so many amazing authors that are following me on Twitter, that helped narrow choices down for the moment. So, I have opted to choose my followers’ books. I just hope I can live long enough to read them! ROFL! I am wholly impressed by these authors.

Of course, I think the difference between a good book and a great one is editing. Now, I’m not talking about editing to the point that the book bares no resemblance whatsoever to the book that the author wrote, but one that has had collaboration between both editor and author to keep the author’s vision of their book intact while making it read better with the correct grammar, punctuation, and other things. That is not to say that rules cannot be broken. They can. After all, it’s imagination that drives all of us as authors. But, in general, grammar, spelling, and punctuation are the most common complaints among reviewers and readers. Unfortunately, most authors do not have the money to buy an editor. I think this is a sad thing. Being not only an author, but an editor, I can attest to this.

But, back to the main point of my blog. Patience. If you’re one of the lucky ones, you’ll be picked up by a large publishing house whether or not you are self-publishing or with a small, independent publishing house such as the one I chose. But, let’s face it. Most of us will never be picked up, but some of us may make it enough to make a decent living, or even as a supplemental living.

I honestly don’t know if all the work, and PR in the world will accomplish this for any of us, but if any of us quits? Well, that’s where failure starts.

I am going to admit something to everyone. I have failed at so many things in my life. But, the more I thought about it, the more I realized that the 5 star reviews, which my books have been receiving – and they are REAL book reviews, I never buy them – I have decided, for the very first time in my entire life, that I won’t quit. Not this time. I believe in my story trilogy. It was fun to write them for the adult women who dreamed of the same things to read that I did. And, even those who know me who have read them, never had a clue that I could write! 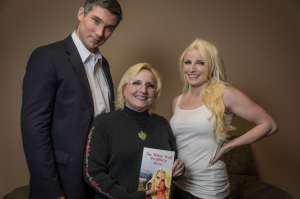 I kept my books a complete secret from everyone until I had the entire trilogy finished. Once I did, an old friend of mine I’ve known since Junior High School, and is an educator, flat out told me that I had missed my calling. She could not believe that I could write like this! In fact, it stunned her so much, she told me she couldn’t wait for the rest of them, and I’d better not disappoint! Well, that put me on the hook. I had a couple of others read the first book before I ever published them, and they were so thrilled, they, too, said the same thing.

Now, for me? That was the most flattering thing ANYONE has ever said to me! With these, along with the reviews that are being posted on Amazon, I realized that I would fail THEM if I quit – especially, when so many people I knew, and did not know, believe in my ability to write?

So. I won’t quit. I have made so many friends on Twitter, and other social networks, that if I decided to stop, I would not only fail them, but I would fail myself.

I will not stop, because of all these wonderful people who have so much faith in me. So much so, that I have begun my second series, and am almost finished with my first book in this new series. Once it is edited, I’ll have it ready for you.

And, still, I have learned a great deal of patience over the past year and a half. I have built my Twitter followers from only 18 followers to almost 10K – every single one of them real, and I never bought any! I won’t buy them simply because I believe in my own books. I also love tweeting about others books, because I think it’s fun! I expect to reach the 10K mark within then next month. Watch for the 1 follower, 3 books coming up!