Linwood Barclay is one of my favourite authors. Ever since my daughter introduced me to his novel, No Time For Goodbye, while we were on holiday in Majorca, Spain, some years ago, I have read his books with excitement. Indeed, No Time for Goodbye, was published in 2007 to critical acclaim and great international success. The following year, it was a Richard and Judy Summer Read selection in the UK, and did seven straight weeks at #1 on 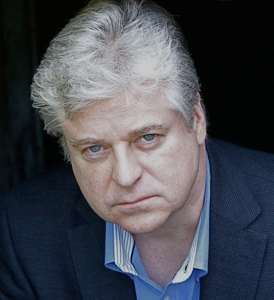 the UK bestseller list. He is a fine story teller and he is coming to the Bloody Scotland Festival in Stirling Scotland this year.

Barclay was born in the USA but moved to Canada just before turning four years old when his father, accepted a position with an advertising agency north of the border. Barclay spent his early life helping to run a cottage resort and trailer park after his father died when he was 16. Barclay, who graduated with an English literature degree from Trent University, in Peterborough, Ontario, was fortunate to have some very fine mentors; in particular, the celebrated Canadian author Margaret Laurence and Kenneth Millar, who, under the name Ross Macdonald, wrote the acclaimed series of mystery novels featuring detective Lew Archer. It was at Trent that he met Neetha, the woman who would become his wife. They have two children, Spencer and Paige.

Barclay got his first newspaper job at the Peterborough Examiner, a small Ontario daily and in 1981, he joined the Toronto Star, Canada’s largest circulation newspaper. He held such positions as assistant city editor, chief copy editor, news editor, and Life section editor, before becoming the paper’s humour columnist in 1993. He was one of the paper’s most popular columnists before retiring from the position in 2008 to work exclusively on books.

from No Time For Goodbye appear in this book, but the story does not revolve around the main characters of the earlier book. It does not matter whether the reader catches the references or not. However, I found it fun that I did!

The story revolves around Keisha Ceylon passes herself off as a psychic. Her real powers have more to do with separating people from their money than seeing into the future. Keisha watches the news for stories of missing family members. After waiting a few days, she moves in and tells these families she has had a vision. The vision means that she may have some clue to where their missing relatives are. Of course, she charges for this service and likes to get her money up front.

Keisha’s latest mark is a man whose wife disappeared a week ago. She saw him on TV, pleading for his wife to come home, or, if she’s been abducted, pleading with whoever took her to let her go. So, Keisha pays a visit to the troubled husband and tells him her vision. The trouble is, her vision just happens to be close enough to the truth that it leaves this man rattled. That may very well leave Keisha dead. Like in a demolition derby, the characters in Never Saw It Coming kept bumping into each other and I just had to know who was going to get out of this mess and how. This is not a long novel, but it is a clever one and like all Linwood Barclay’s books, a joy to read. I highly recommend it.