Pray for the Dying by Quintin Jardine

I found Pray for the Dying by Quintin Jardine on a hotel exchange table while my husband and I were on holiday in Portugal. I really enjoy the Bob Skinner books by Quintin Jardine and was really pleased to find it. Jardine is a Scottish author who was born in Motherwell, Lanarkshire, Scotland and educated before reading law at the 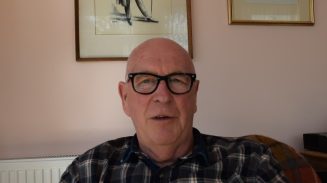 University of Glasgow. He worked as a journalist, government information officer, political spin-doctor and media relations consultant, before deciding to find a job that was more in touch with reality. Thus, he took to the creation of crime fiction and has been very successful at this. His first wife, Irene, with whom he shared over 30 years, from their teens, died in 1997. He re-married to Eileen, a Geordie lady from the North-East of England and enjoys a happy extended family of four adult kids, two magic grandchildren.

The Bob Skinner novels are set mainly in Edinburgh, and are built around the adventures of the city’s wholly fictional chief constable, labelled early on by the publishers, Headline, as ‘Britain’s toughest cop’. There are at least twenty-three Skinner books in publication, from the fledgling Skinner’s Rules, nominated in 1993 for the John Creasey Award for best first crime novel of the year, to this Number One best-seller, Pray for the Dying.

Pray for the Dying starts with three shots through the head, as the lights dimmed at a celebrity concert in Glasgow. A most public crime, and Edinburgh Chief Constable Bob Skinner is right in the centre of the storm, as it breaks over the Strathclyde force. The killing was an expert hit. The shooters are dead too, killed at the scene. This book followed directly on from the previous book, Funeral Note reviewed here: https://bookreviewstoday.wordpress.com/2013/08/12/funeral-notes-…uintin-jardine/, and answers the what, 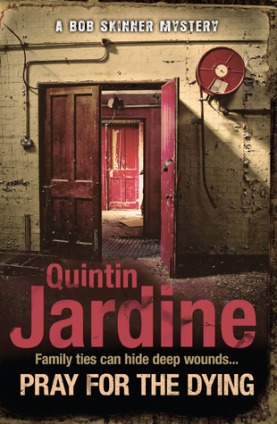 why and wherefores that arise with the conclusion of that one. It more necessary than normal to have read the earlier book. I do not want to give away any of the plot because it might spoil the story for you. Suffice to say, it is the normal Skinner fare which one either enjoys or hates. I am firmly in the first camp and always look forward to each new offering. I call them character mysteries wherein the story revolves around the personality, life and actions of the main character and the mystery is secondary. Though Skinner and his band of police officer are fixtures no-one is safe from Jardine’s pen and this always adds a touch of concern for ones favourite characters.