To Kill A Tsar by Andrew Williams

I found this book in my local library. I was intrigued by the title and I enjoy history. Andrew Williams is a British writer and former television journalist who was born on 8 May, 1962 in Sheffield, England. He was educated at Trinity College, at Oxford University, Oxford and is a former Senior Producer and Director at the BBC, the author of four historical novels and two histories of World War II. He has been nominated for several awards including  CWA Ian Fleming Steel Dagger Award and CWA Ellis Peters Historical Award.

This is a historical novel based on the assassination of Tsar Alexander II of Russia in 1881. In To Kill A Tsar,

Williams, explores the motives and the methods of the terrorists, and the use of violence as a political tool, that was employed both by the terrorists and by the secret police who tried to catch them. The assassination of the Tsar was carried out by members of Narodnaya Volya,The People’s Will, one of the world’s first terrorist organisations. The story of The People’s Will is intertwined with the love story of an English doctor, Frederick Hadfield, who falls in love with one of the terrorists, and because of his association with her comes under suspicion by the secret police.

The story in To Kill a Tsar begins in St Petersburg, Russia, in 1879 when a shot rings out in Palace Square and the cossack guards tackle an aspiring assassin to the ground. In the confusion that follows no one notices a beautiful dark haired young woman in a thick coat leave the scene.  It is a time when Russia is alive with revolutionaries. While Tsar Alexander II remains a virtual prisoner in his own palaces, his ruthless secret police will stop at nothing to unmask those who plot his assassination and the overthrow of the Imperial Regime. Though they were sometimes called “Nihilists”, the political reforms that The People’s Will wanted were rather mild liberal ones including representative government and freedom of speech. Although in reality, the Tsar was about to introduce some of those reforms before he was killed, and the assassination led to increased state repression. 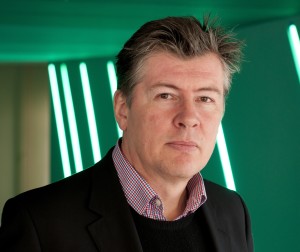 Tsar Alexander II was, in truth, a reformer, but, of course, one of the features of reform is often that it increases the demand for reform. Those who want reform often demand that the pace of reform be speeded up, and so reform tends to encourage revolution. This book raises important questions about the use of violence and terrorism to achieve political reform. It does not give answers, though in this case history itself gave the answer.

I really enjoyed To Kill A Tsar. It was an elegant story in a well-researched book. I highly recommend the book and look forward to reading other novels by this author.