The Marriage Bureau for Rich People by Farahad Zama 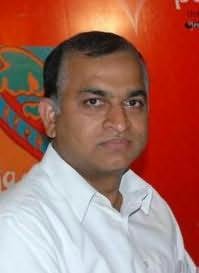 eastern India. The author was born there in 1966 and the colourful coastal town with a contemporary marriage bureau prove a perfect backdrop for a splendid array of characters making sense of all sorts of pride and prejudice, and the ways in which true love will not quite let go. This is a witty and big-hearted debut novel, which I would not have chosen had it not been book of the month in our local library book group.

Zama does not have an obvious background for an author. He obtained a Master’s degree in Electrical Engineering from the Indian Institute of Engineering at Kharagpur, near Kolkata, India but then moved to Mumbai to work for an investment bank. An arranged marriage to a local girl from Vizag soon followed. Zama’s career then took him to New York, USA, Zurich, Switzerland and Luxembourg before finally bringing him to London, England for six months. Sixteen years later, Farahad is still in living London with his wife, the Vizag girl and their two Croydon born boys.

The story in The Marriage Bureau for Rich People  focuses on Mr Ali. He has retired from the Indian civil service but, although he has a with a wealth of common sense, the freedom of retirement soon palls. It is then he decides to open a marriage bureau on the veranda of his house. Mr Ali sees his new business flourish as his indomitable wife, Mrs Ali, and his able assistant, Aruna, watch. The Bureau has a lively and touching clientele all with very specific needs. Aruna is modest and from a poor but proud family. Although many clients go away happy, problems lurk behind the scenes as Aruna nurses a secret. She longs to be a bride but knows that without family money that will not happen. Mr Ali does not realise that he rarely follows the sage advice he so freely dishes out to others. So, when love comes calling for Aruna, an impossible dilemma looms.

In The Marriage Bureau for Rich People Zana explores the grim realities of political corruption, the caste system and poverty that the average Indian is up against without losing the cozy community feeling of the novel. I really enjoyed this novel, although I did not expect to. It is not a novel that I would have chosen, but I am glad it was chosen for me. I highly recommend it and would read more by this author.