The Impossible Dead by Ian Rankin

The Impossible Dead is a novel written by the Scottish crime author, Ian Rankin. He is a leading exponent of the Scottish Tartan Noir genre. 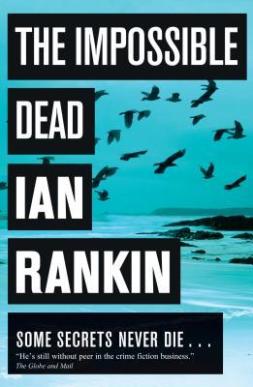 His most famous character is John Rebus but this book is the sequel to a previous novel, The Complaints which follows Rankin’s more recent protagonist, Malcolm Fox. The Complaints is reviewed here: https://bookreviewstoday.wordpress.com/2014/05/28/complaints-by-ian-rankin-2/. Like that previous book the crime thriller theme is continued throughout and outlines an investigation carried out by Malcolm Fox. Personally, I prefer the Rebus series, however, I do enjoy Rankin’s books so am reading the Malcolm Fox books too. Ian Rankin also writes good short stories and has had several collections of these published.

The book starts with the reintroduction of Malcolm Fox. Fox is divorced and in his mid-40s, he is quieter than Rebus and warier of confrontation, but no less complex. Fox has a gift for objective scrutiny and he sees himself clearly. He stays alert, preferring “Appletiser” to alcohol and refuses to waste energy on the preparation of nutritious food. He is scrupulous. However, his essential decency has made him an outsider in the police force, so his consignment is to work in the internal affairs team whose fate is to be despised and insulted to their faces and behind their backs. Fox’s desperation to be seen as a proper policeman is a weakness his enemies exploit. It is also what spurs him on.

He has been assigned an investigation in the Kingdom of Fife in Scotland. It concerns three police detectives, who are suspected of with-holding information concerning the police officer, Paul Carter, who had been recently held in custody charged with several acts of sexual assault. Carter had been reported by his own uncle, Alan Carter.

Fox has had two other members from the complaints department assigned to him to help with the investigation: Kaye and junior complaints officer, Naysmith. After Fox conducts several interviews but receives little information so he decides to expand his investigation to look more into the detained officer, Carter. He unearths several highly suspicious pieces of evidence concerning Carter. Fox discovers news that Carter has been released from prison. He is later told that his uncle Alan had been found killed in his own house. After the initial conclusion of suicide, more clues point towards his nephew, Paul as the prime suspect. Paul’s only hope of proving his innocence is Malcolm Fox and his team, who believe there is far more to be uncovered. 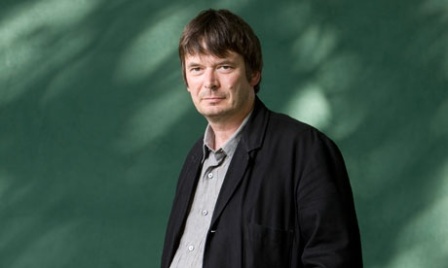 movement. Edge of Darkness was portentous but plausible, but the final episode, I thought, was a bit weak. Frustratingly, The Impossible Dead makes the same mistake and squanders its amassed gravitas with a tidy but weak ending.

Until then, though, the novel is excellent. Rankin writes with great technique. One of the joys of Rankin is his sixth sense for when the reader needs a recap, an empathy that extends to his treatment of his characters: the relationship between Fox, his damaged sister Jude and his elderly father is depicted with care and tenderness. So,  The Impossible Dead is taut, compulsive and hugely satisfying, with plenty to say about the limits of memory and the dangers of historical idealism.