A Gathering Light by Jennifer Donnelly 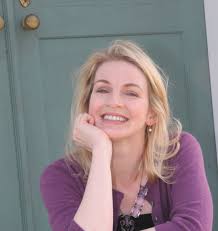 Jennifer Donnelly is an American writer of young-adult fiction best known for the historical novel, A Gathering Light  and originally published by Harcourt in 2003 in the USA under the title A Northern Light.  Bloomsbury published an edition in the UK within the calendar year, entitled A Gathering Light. Donnelly won the 2003 Carnegie Medal for the year’s outstanding book by a British author for children or young adults. This was not withstanding the fact that she was born on 16 August, 1963 in Port Chester, New York State, USA. She attended both the University of Rochester, Birkbeck, New York, USA and the University of London, London, UK.

The style of the story is known as Realistic Fiction because of the untrue life story of Mattie Gokey, the real death of Grace Brown, and the events that could have taken place in the 1900s. The murder of Grace Brown in 1906 was the inspiration for  An American Tragedy, by Theodore Dreiser for the 1951 movie starring Montgomery Clift and Elizabeth Taylor, and now for this outstanding debut novel. Set in northern Herkimer County in upstate New York in 1906, it is based on the true Grace Brown murder case.

It features a girl, Mattie, who is the fictional narrator and who gets caught up in the events.  However, if ever a book deserved to cross over to an adult audience, this is it. Indeed it was our December book of the month wothin our Book Club. Do not be deterred by the fact that there is a very youthful heroine, called Mattie Gokey, who tells the story. A whole community is revealed in these pages, and adult characters are as important to the whole as Mattie and her close friend, Weaver.

The main story is the murder, which colours everything. There is also an account of the Gokey family life in which a father and his 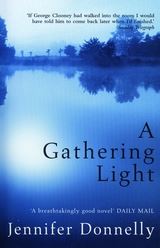 children struggle to make ends meet on their farm after the death of Mattie’s mother. There is also Mattie’s romantic education with Royal Loomis, the handsome but rather stolid heart-throb of the town.The most striking aspect of the novel is the relationship between Mattie and Weaver. They share a desk and books at school. Weaver is black. He is “the only black boy in Eagle Bay”. His friendship with Mattie is based on a mutual love of language. All the way through the novel they play a kind of game which involves finding strange new words and learning what they mean and how to spell them. Miss Wilcox, their teacher, is a fascinating and complex character. She is part of a long tradition of teachers in novels, but there is more to her than meets the eye and she stands for everything to which Mattie aspires.

Others in the community function as warnings if the children do not escape the area through education, and Miss Wilcox runs an amazing school.   The children study Milton and Oliver Twist and, in the case of Weaver and Mattie, acquire a wide vocabulary.

The landscape of the Adirondacks and above all the lake and the river are perfectly described. In the lakeside hotel we meet another set of characters altogether, including the real murdered young woman. The division of Mattie’s world into home and hotel, and the contrasts between them, add a further layer of drama.

A Gathering Light is a wonderfully rich, involving and beautifully written book, which belies a children only category.