The Eleventh Commandment by Jeffery Archer

I do not rate Jeffery Archer as a great author, but he is a great story teller. His book The Eleventh Commandment had been taking up shelf space for years, so I decided to read it and then give it away to the local charity shop. That way it would no longer take up room in my book case.

Jeffrey Howard Archer, Baron Archer of Weston-super-Mare  was born on 15 April 1940 in London, England but his family moved to Weston-super-Mare in Somerset two weeks later. He is an English author and former politician. Archer was a Member of the UK Parliament and sat in the House of Commons as the Conservative Member of Parliament for the Lincolnshire Constituency of Louth from 1969 to 1974. However, Archer resigned over a financial scandal which left him almost bankrupt. At this time, Archer wrote his first novel, Not A Penny More, Not a Penny Less. This was the book that allowed him to rise from that financial disaster. Later, after the reversal in his fortunes from the royalties of his best-selling novels, he became deputy chairman of the Conservative Party from 1985 to 1986.

However, Archer had to resign again after another scandal. This one led to the end of his career in elected office. He had been made a life peer in 1992 with the privilege of sitting in the House of Lords. His political career ended with his conviction and subsequent imprisonment during 2001 to 2003 for perjury and perverting the course of justice,  which followed his second resignation. He has since continued writing and raises a great deal of money for charity.

Nevertheless, his books have sold at least 250 million copies worldwide and have been translated into many languages. He does tell a good story. The Eleventh Commandment is no exception. In this book, Connor Fitzgerald is a professional’s professional. He is the holder of the Medal of Honor: a devoted family man: a servant of his country and a CIA assassin.

In the days before his retirement from the Company, Fitzgerald comes face to face with an enemy who, for the first time, even he cannot handle. She is his boss, Helen Dexter, Director of the CIA. Nevertheless, the eleventh commandment, thou shalt not get caught, is pivotal to the story because Dexter’s stranglehold on the agency is threatened by a power greater than her own, and her only hope is to destroy Fitzgerald.

Meanwhile, on the other side of the world, a new threat to the national security of America is emerging: a ruthless, hardline Russian president who is determined to force a military confrontation between the two superpowers. It is up to the intrepid Fitzgerald to pull off his most daring mission yet. He needs to save the world, and his own life. 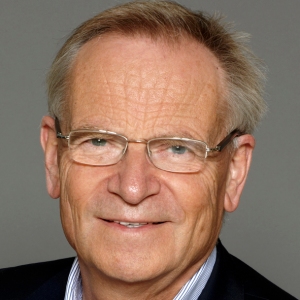 I only read this book recently, but it was first published in 1998 and it is interesting to consider the scenes mentioning airport security. They reminded me how life has changed since 9/11. The book may not be a great piece of literature, but it is a good read and I enjoyed it. If you enjoy an exciting story, I recommend The Eleventh Commandment to you.