The Confession by John Grisham

John Ray Grisham, Jr. was born on 8 February, 1955 in Jonesboro, Arkansas, United States of America. He is an American lawyer, politician, and author, best known for his popular legal thrillers. His books have been translated into forty-two languages. John Grisham graduated from Mississippi State University where he attained a degree in accountancy before attending the University of Mississippi School of Law in 1981. He practiced criminal law for about a decade long before his name became synonymous with the 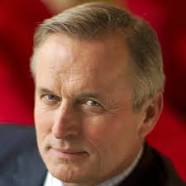 modern legal thriller. He was working 60-70 hours a week at a small Southaven, Mississippi, USA law practice, squeezing in time before going to the office and during courtroom recesses to work on his hobby: in other words he was writing his first novel, A Time to Kill which was published in in 1988,in his spare time. He also served in the House of Representatives in Mississippi from January 1984 to September 1990.

When he’s not writing, Grisham devotes time to charitable causes, including most recently his Rebuild The Coast Fund, which raised 8.8 million US dollars for Gulf Coast relief in the wake of Hurricane Katrina. He also keeps up with his greatest passion: baseball. The man who dreamed of being a professional baseball player now serves as the local Little League commissioner. The six ball fields he built on his property have played host to over 350 kids on 26 Little League teams. Grisham married Renee Jones on May 8, 1981, and the couple have two children together: Shea and Ty. The family splits their time between their Victorian home on a farm outside Oxford, Mississippi, and a home near Charlottesville, Virginia. He and his wife also have a condominium in Chapel Hill, North Carolina.

The Confession is a legal thriller novel by John Grisham written in 2010. Others of his books,The Broker and The Appeal is also reviewed on this site: https://bookreviewstoday.wordpress.com/2013/06/16/the-appeal-by-john-grisham/ and https://bookreviewstoday.wordpress.com/2013/07/15/the-broker-by-john-grisham/‎. The Confession is about the murder of a high school cheerleader and how an innocent man is arrested for it. This most extraordinary legal thriller is filled with the intriguing twists and turns that are Grisham’s trademark.

Travis Boyette is a murderer, who in 1988, in the small East Texas city of Sloan, abducted, raped, and strangled a high-school 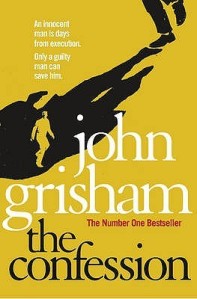 cheerleader. He then buried her to avoid her body being found. The police and prosecutors arrested Donte Drumm, a local football star with no connection to the crime. Drumm was tried, convicted and sentenced then he was sent to death row. His fate had been decided. Nine years later, when Donte Drumm is four days from execution, Travis faces a fate of his own: an inoperable brain tumour will soon deliver his death. He reflects on his miserable life and decides to do the right thing. After his years of silence, he is ready to confess. Now a guilty man must convince lawyers, judges and politicians that they are about to execute an innocent man.

I have not enjoy all of the John Grisham novels that I have read, however, in this book, the multiple story lines did hold my interest. Grisham is a master at this. He can weave a taut tale and get into a character’s soul making him seem very real. This book had a neat ending too. It completed all the story lines thoroughly. This is not always the case. Although, this is a work of fiction it will give you plenty to think about in respect of death row and the death penalty. I enjoyed The Confession and highly recommend it.