Quite Ugly One Morning by Christopher Brookmyre

Christopher Brookmyre is a Scottish novelist whose novels mix comedy, politics, social comment and action with a strong narrative. He has been referred to as a Tartan Noir author.   He was born in Glasgow, Scotland on 6 September, 1968 and attended Glasgow University before he turned his hand to writing novels.  Quite Ugly One Morning was his debut novel and introduces his character, the wise-cracking, investigative journalist Jack Parlabane.  It was the winner of the Critics’ First Blood Award for Best First Crime Novel of the Year in 1996.  Quite Ugly One Morning is the book that made Christopher Brookmyre’s name in Britain, establishing his distinctive, humorous style and breakneck, paced narrative. The novel is a prime example of comic crime writing.  I just do not share the author’s sense of humour as illustrated in this novel. However, I have read other books by Christopher Brookmyre Where the Bodies are Buried is reviewed https://bookreviewstoday.wordpress.com/2015/01/14/where-the-bodi…pher-brookmyre/. I also have heard the author read some of his short stories. He can be hilarious. 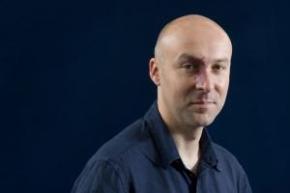 Jack Parlabane is not afraid to bend the laws of the land to get to the truth. Parlabane is nursing a dreadful hangover when he comes across a corpse of the son of a wealthy Edinburgh medical family. Parlabane is determined to solve the murder and quickly becomes caught up in an adventure that will take him through the tiers of Edinburgh society. 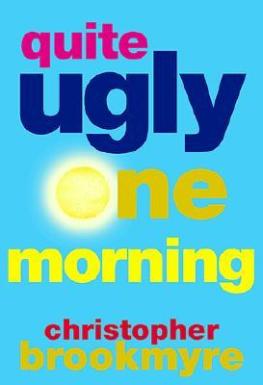 He gets into some dangerous situations some of which are meant to be funny, but many of them I did not find to be so. This is the book where Brookmyre has a graphic description of a turd early on, which I thought was rather unnecessary and not funny.   In this book somebody also manages to shit on top of the mantelpiece.  This does not do it for me.  Having said that there are flashes of acerbic wit and brilliant dialogue,  Quite Ugly One Morning could have been a really entertaining and vivacious thriller. However, parts of it are very violent and, to me large parts of it are just not very funny.  Still, humour is very subjective.  It is definitely a comedy thriller with a political edge.  I did not enjoy it very much, but you might: give it a try.