The English Assassin by Daniel Silva

Daniel Silva was born in Michigan, USA in 1960.  He was raised in California, a Roman Catholic but converted to Judaism as an adult. His book The Messenger won The Barry Award for best thriller, but this book, The English Assassin was the first book by this author I had read.  I enjoyed it.  Silva began his writing career as a journalist at United Press International in 1984. He covered the  Democratic National Convention and his position was made permanent.  Only one year later, Silva was transferred to the Washington D.C., USA. Later he was appointed as UPI’s  Middle Eastern correspondent and moved to Cairo, Egypt.  He met his wife, Jamie Gangel while they were both correspondents in the Middle East. 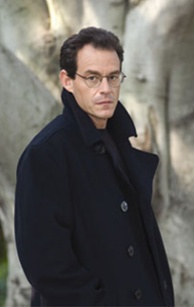 Silva has written a total of sixteen spy novels, all best-sellers on the New York Times list. The main character is Gabriel Allon who is an Israeli art restorer, spy and assassin.  He is a key figure in twelve of Silva’s titles, including he English Assassin. Silva admits he did not come to the Allon series with a significant understanding of the world of art restoration.  However, he was able to use a neighbor’s expertise to help him turn a spy-assassin into an artist.

A retired spy by trade now works as an art restorer.  Gabriel Allon arrives in Zurich, Switzerland to clean the work of an Old Master for a millionaire banker, only to find himself standing in his clients blood and framed for the murder.  What a great beginning!  What I liked most about The English Assasin in terms of entertainment was its fast moving action.  This riveting novel begins when former Israeli Mossad agent Gabriel Allon, is assigned to go to Switzerland.  He believes he is  to restore a painting of a very rich Swiss art billonaire but he finds that the man has been murdered at his residence

The dead man holds a secret.  Gabriel was not assigned to do the restoring job by sheer coincidence. The Swiss banker’s collection has close links with the Nazi ransacking of very valuable art works placed in galleries across the European countries occupied by Nazi Germany during the Second World War.  Most of these art galleries were Jewish owned.  The Nazis often sold the art works to unscrupulous Swiss bankers in shady deals.

Silva leaves a somewhat heavy handed moral message: that Swiss neutrality has nothing to do with politics but greed. He seems to see Switzerland not as a country but as a Big Bank that needs to atone for the sins of the past and t accept responsibility for the consequence of its actions. The underlying suggestion is that it is a country that makes business out of the money embezzled everywhere around the world.  Still, Silva’s book includes polished prose, great writing skills, crime fiction elements and international thriller settings.  He made the book worth reading.