The Death of a Travelling Man by M.C. Beaton

Marion Chesney herself is probably even more interesting than this book!  She is known primarily for the more than 100 historical romance novels she has published under her own name and under several pseudonyms: Helen Crampton, Ann Fairfax, Jennie Tremaine, and Charlotte Ward.   However, this book she wrote as M.C. Beaton which is the pseudonym she reserves for her crime fiction and mystery novels.

The author was born in Glasgow, Scotland, in 1936 and started her first job as a bookseller in charge of the fiction department in John Smith & Sons Ltd. While there, she got an offer from the Scottish Daily Mail to review variety shows and she quickly rose to be their theatre critic.  She left Smith’s to join the prestigious Scottish Field magazine as a secretary in the advertising department but she had no shorthand or typing skills!  She then moved to the Scottish Daily Express where she reported mostly on crime. This was followed by a move to from Scotland to Fleet Street in London, England to the Daily Express where she became their chief woman reporter. 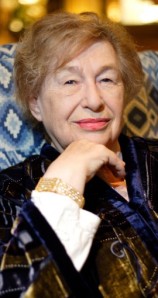 Marion married Harry Scott Gibbons and they had a son, Charles.  They emigrated to the United States where Harry had been offered the job of editor of the Oyster Bay Guardian. Later both Harry and Marion got jobs on Rupert Murdoch’s new tabloid, The Star, and moved to New York but Marion was anxious to spend more time at home with her small son so Harry suggested she write  novels, romances.

After she had written over 100 of them under her maiden name of Marion Chesney she began to write detective stories. On a trip from the America to Sutherland, Scotland on holiday, a course at a fishing school inspired the first Hamish Macbeth story and the family returned to Britain.

M.C. Beaton has produced nine or ten of these little jewels and she writes the Agatha Raisin series as well.   They are very easy to read.  This book features Hamish Macbeth, a village policeman who so far has managed to avoid taking on a whole lot of work, and cadges meals and other favours from the villagers at the drop of a hat. (Hamish Macbeth was played by a very young Robert Carlisle in the old TV series.) 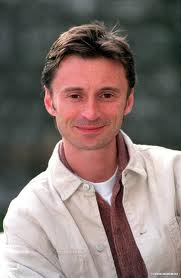 In the Scottish Highland village of Lochdubh, Hamish Macbeth has been promoted to Sergeant, which means more pay but also more responsibility.   He is also worried because he could be transferred.   His immediate problem, however, is his new police constable, an anal-retentive cleanliness freak named Willie Lamont.

The easy-going Macbeth is being driven out of his mind by Willie when who should show up but a travelling man in a rusted out caravan. Peace and calm in the village immediately turns away from a calm and even boring climate to turbulence and murder.

Sergeant Macbeth is suspicious because he finds Sean Gourlay too handsome.  Gourlay pretends to be gypsy traveller and with his side-kick, gutter-mouth Cheryl, he disrupts Lochdubh village. The doctor then finds he  is missing drugs: the Ladies’ Club is missing money and local worthies,spinster sisters Nessie and Jessie want to move.

Although we’re never in doubt as to a victim, the whys and solutions to myriad crimes that occur, keep our attention.  So do the many and varied secondary characters.   Altogether this is a pleasant, enjoyable, excursion in a small Scots village, and one not to be missed.  It is very easy reading.    Another book by this author is reviewed here at https://bookreviewstoday.wordpress.com/2014/03/13/the-death-of-a…-by-m-c-beaton/ ‎ 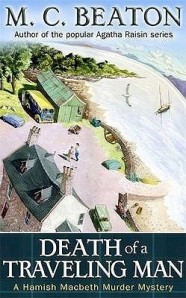