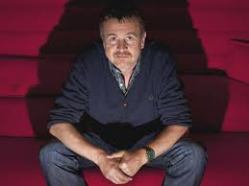 This is the second Tom Thorne novel by Billingham.  It is different from the first because here we know who the criminals are.   I enjoyed the relationships between Thorne, his father and his colleagues Holland, Hendricks, Brigstocke and McEvoy.   All of these relationships ring true, enriching what could have been a straightforward ‘race against time’ plot.

Billingham illustrates an enviable knowledge of the city of London and its criminal underbelly. There are a lot of historical references and landmarks are expertly interwoven into this gripping crime novel.  There is also a lot of background in the form of intriguing flashbacks and character development.  The power of personality and persuasion are both emphasised here to chilling effect.   This is at times somewhat gruesome.

The book tells the story of a vicious, calculated murder.  The killer selected his victim at Euston Station, followed her home on the tube and strangled her to death in front of her child.   At the same time, killed in the same way, a second body is discovered at the back of King’s Cross Station.   It is a grisly coincidence that eerily echoes the murder of two other women,  stabbed to death months before on the same day. 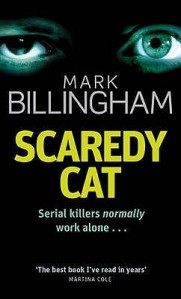 The criminals are a particularly twisted and reprehensible pair, what is disturbing is that these former schoolboys developed a taste for sadism, torture and murder and became efficient killers in adulthood.   The author ensures the shocks and revelations come thick and fast, and holds the readers attention. This is crime drama of the world-weary kind, with plenty of pop culture references and sardonic humour thrown in.

It is DI Tom Thorne who sees the link and comes to the horrifying conclusion that this is not a serial killer the police are up against: it  is two of them.   Finding the body used to be the worst part of the job but here, each time a body is found, Thorne must live with the knowledge that somewhere out there is a second victim, waiting to be discovered.

This is a tightly written story that I really could not put down.  I highly recommend it.