The Boy in Striped Pajamas by John Boyne

The Boy in Striped Pajamas by John Boyne deals with the horrors of prejudice and war through the eyes of a child.  Its humour and lightness of touch make the subject all the more vivid.  The book was recommended to me by my 10 year old nephew, Mathew because he had enjoyed the book so much.  It is an incredible story! John Boyne has created innocent little Bruno and given him a powerful story. This moving book should be required reading for everyone.  I cannot say I enjoyed it, because of the subject matter and the ending.  However, I could not put the book down.  I found some phrases so funny I laughed out loud.  It also made me cry at other points.  It was a real emotional roller coaster.

The Boy in the Striped Pajamas was released in the USA as a film in 2008.  I did not see the film.  I did not think I would cope well with it.

The story is set in the 1940’s in Berlin, Germany during WWII.  It centres around the nine-year-old German boy named Bruno. His family leaves Berlin to move to the country because his father has been reassigned over see to a Concentration Camp by the “Fury (Fuehrer).” Bruno’s youth and innocence has protected him from the harsh realities of Adolph Hilter and his reign of terror so far.  There is much going on he simply does not understand.

Bruno finds life in the country dull and boring. He does not understand his new home, “Out-With (Auschwitz).” He has had to leave his friends behind and does not like the smaller house he, his parents and his sister now live in. He misses the hustle and bustle of the city so Bruno begins to explore his new surroundings. He sees people beyond the fence near his house but he is confused by their strange striped pajamas and sad demeanor.

Bruno’s loneliness is relieved when he becomes friends with a boy on the other side of the fence. They meet daily and exchange comments about their daily lives, but neither fully understands the circumstances of the other. 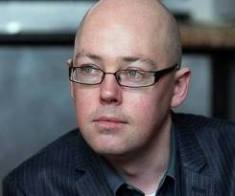 John Boyne presents this story about the Holocaust but it is like none that has gone before. He brings tragedy to life through the eyes of innocent children. I highly recommend this book.  The Boy in the Striped Pajamas is an inspired piece of writing.