The Observations by Jane Harris

Jane Harris is a British writer of fiction and screenplays.   She has written many short stories that have appeared in anthologies, but her first novel, “The Observations”, was short listed for the Orange Prize for Fiction in 2007 and the UK book store Waterstones, has chosen her as one of its 25 Authors for the Future.

She was born in Belfast, Northern Ireland, and spent her early childhood there before her parents moved to Glasgow, Scotland.   When she left school she studied English Literature and Drama at Glasgow University, then trained as an actress  in London, England. 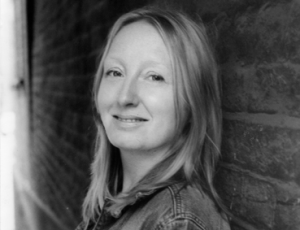 “The Observations” was the book set by my book group in March.  It was the first piece of writing by Jane Harris that I had read.  I read a paper back edition that was 521 pages – as far as I was concerned it was 500 pages  too long!  It is set in Scotland in 1863.   It is told in the first person by the heroine Bessy Buckley, a feisty young Irish girl.  She takes a job as a maid in a big house outside Edinburgh working for Arabella.  She thinks Arabella is very beautiful and she refers to her as “the missus”.   Bessy lacks scullery skills required in her new position, but it is really because of her ability to read and write that she is employed.   Bessy is intrigued by her employer but puzzled by her strange requests and the requirement that Bessy keep a journal of her daily chores and her innermost thoughts.   The missus has a few secrets of her own, including her affection for Nora, a former maid who died in mysterious. circumstances.

Giving in to her curiosity, Bessy makes a discovery and plans a childish prank that backfires.   Yet although she becomes caught up in a tangle of madness, ghosts, sex, and lies, her devotion to Arabella remains strong.   Bessy wants to know who was responsible for what happened to Nora.   “The Observations” is generally accepted to be a brilliantly original and intriguing story and may well establish Jane Harris as a significant new literary talent.

However, I considered it to be overly long.  It contained a great deal of unnecessary graphic detail and repetition. The description of mental health care in the 19th century was either poorly researched or fabricated.  Also the ending, where the whole story is re-explained in the last 20 pages or so, was weak.  I found the book bitterly disappointing.  It did not live up to its reviews.