Driftnet was Lin Anderson’s first novel.  It is quite short and very easy to read although it encompasses the disturbing subjects of paedophilia and political ambition.  I met Lin Anderson when she gave a reading of another of her works in Stirling, Scotland.  Blood Red Roses is reviewed on this site at: https://bookreviewstoday.info/2013/06/16/blood-red-roses-by-lin-anderson/. She is an intelligent, thoughtful writer whose research is detailed and precise.  However, the research is not forced upon the reader, nor does it impede a good story. 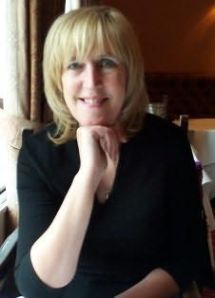 In Driftnet forensic scientist Rhona Macleod  explores more than a series of murders.  She  is forced, in the course of a gruesome investigation, to examine her own past. Personal and political issues have to be re-opened and return to haunt her in this quest for truth at all its many levels.

The action is set in Glasgow.  Rhona MacLeod’s past is back to haunt her in the  form of a brutally murdered university student.  However, a successful lawyer and political candidate, with whom Rhona had a child 17 years ago, is anxious to keep details of their past relationship secret.

The story becomes more complicated when Rhona’s present personal life, and that of her assistant Chrissie, intertwine with the investigation.  Throughout Driftnet the the reader learns more about the characters which are cleverly drawn.  They are realistic, well rounded characters who carry the story to a satisfying conclusion.